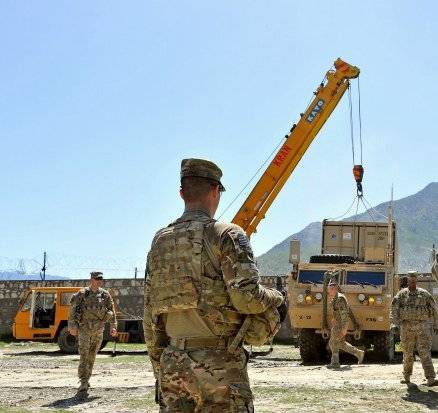 This article, written by Workers World Party founder Sam Marcy in June 1980, analyzes the basic contradiction within U.S. imperialism that is even more catastrophic today.

At a time of deepening economic crisis, many of the bourgeois ideologists and particularly their economists have increasingly turned their research to analyzing the nature and profound implications of the great economic crisis which began with the stock market crisis of 1929.

A recurring thought which continues to haunt many in the ruling class is the possibility that, notwithstanding current predictions, there may yet occur an economic catastrophe of the dimensions of the 1929 debacle.

One of those professors who concerns himself with the 1929 economic crisis is Charles P. Kindleberger. In his book, “The World in Depression,” 1929-1939, he presents the thesis that “the world depression of 1929 was so widespread, so deep, and so prolonged, not because of the deep disturbances to the monetary system but because the monetary system itself was basically unstable” and therefore broke down.

According to Kindleberger, when the economic leadership of Britain had eroded after the First World War and the U.S. failed to take it over, the monetary system collapsed of its own weight.

Monetary instability not cause of collapse

Kindleberger’s thesis is not a new approach. Many bourgeois economists have dealt extensively with the monetary crisis of the early 1930s and in one way or another they attribute the crisis either to mismanagement or accidental factors.

Nevertheless, Kindleberger does point up a very important aspect of the world capitalist economy during that entire period which has relevance today, particularly as it affects the U.S. It is clear from his book, although he does not precisely say so, that it was not just the economic leadership of Britain that had become eroded. The significant fact that emerges from the entire era of the 1930s was that Britain, notwithstanding its victorious position after World War I, had lost considerable ground in the economic basis for its military, diplomatic, and political leadership on a world scale.

The British empire as it stood during the economic crisis — militarily, diplomatically and politically — no longer had the formidable economic base to sustain its world imperialist leadership. The financial and economic cost of maintaining such leadership was far out of proportion with the returns required for a thriving imperialist exploiter.

Already in the 1920s, the British financial and industrial aristocracy was faced with the looming prospect of the loss of “our India,” as the U.S. later was forced to face the prospect of losing “our China.” The financial and economic responsibilities that British imperialism had toward the battered capitalist states of Europe, as well as its far-flung empire, put increasing strains on its obsolescent coal and metal industries, as well as its transport industry, including even the shipping industry.

Britain did not “surrender” its economic leadership to the U.S., as Kindleberger maintains. The U.S. conquered British markets by economic warfare, particularly in Latin America and parts of Asia. All of this was told at the time in an illuminating book with the expressive title “America Conquers Britain” by Ludwell Denny.

Britain lost its world leadership because it could not economically compete with the U.S., notwithstanding that its navy was second to none and that its worldwide empire was still juridically and militarily under its control. The worldwide revolutionary upsurge of the national liberation struggles, already fully in view in China, India and Indonesia, made it clear that military expansion by the British imperialists while its economic base was narrowing both at home and abroad created an impossible situation for Britain. An explosion, a collapse, was inevitable.

There was, however, a silver lining in this darker picture for British finance capital and for the imperialists as a whole. There was a fallback position for Britain that prevented the kind of explosion that could have only ended in a revolutionary conflagration and turned Britain into a genuine socialist republic.

While American finance capital took over much of the markets of Britain and generally strengthened its position in relation to all of Western Europe and Japan, at the same time it secured the continued existence of Britain as a formidable imperialist power. In addition it became the guarantor of the vital interests of Britain as against other imperialist rivals such as Germany, as well as Japan, and a general bulwark of world political reaction.

Thus the acute contradiction arising from the profound divergence between Britain’s shrinking economic base and its ever-growing financial, diplomatic and military commitments, found a fallback position in the none too gentle embrace of U.S. finance capital with its great military potential.

But how is it with the U.S. today?

There are some striking similarities between the British position of the 1930s and the U.S. position today. Like Britain, only more so, the U.S. is in the grip of a profound geopolitical contradiction, one that becomes clearer with each passing day.

On the one hand, the U.S. is in the midst of a steadily expanding military buildup of unprecedented and virtually unimaginable proportions. On the other hand the economic basis for sustaining such an unbridled military posture has been slowly but surely eroding.

The current economic crisis will surely accelerate and continue the erosion. The malady, however, goes much deeper than the current crisis, nor did it spring into existence with the pronouncement of the Carter Doctrine.

Unlike Britain in the 1930s, the U.S. has no fallback position, a fact which both the political and economic planners at the summits of the capitalist establishment cannot but be deeply aware.

A few years after the Second World War, the U.S. was the economic and military leader of world imperialism. It was the unquestioned dominant power in world affairs and it had attained virtually supreme political and military hegemony over the bourgeois world and the dependent, underdeveloped countries and oppressed peoples in the orbit of the world imperialist system.

Were the gross national product of the U.S. produced for human use and not for profit, it would be more than sufficient to satisfy the great needs of the population of the U.S. and then some. But production for purposes of capitalist profit, which entails competition for capitalist markets and sources of raw materials, poses an entirely different set of circumstances and inevitably brings into play the geopolitical position of the U.S. From that point of view, the relative position of the U.S. as a world power becomes tremendously weakened. It means, for instance, that in the event of any serious military struggle, the adversary, whether it be the imperialist rivals or the socialist countries, may have access to a portion of three-quarters of the world’s total production.

Just as significantly, the U.S.’s relative share of the world’s gross product will continue to decline as the productive forces in the rest of the world must inevitably continue to expand relative to the U.S. position. In a world socialist cooperative commonwealth, on the other hand, the share of U.S. production, even though it be on a relatively diminishing scale, would be of tremendous importance because of the U.S.’s highly sophisticated technology and its capacity for mass production.

The Second World War enabled the U.S. to exercise its economic political and military hegemony over the bourgeois world. From the end of the Second World War until the final defeat of the U.S. during the Vietnam war, the U.S. capitalist economy was experiencing a general economic upsurge, notwithstanding several capitalist recessions which were of generally short duration.

A significant aspect of the economic cycles was that each peak of the economic cycle was lower than the preceding ones — a symptom of the beginning of general decline and erosion of the U.S. economic base. The U.S. military buildup began around 1946 when the military-industrial complex was fully validated by government decree in the form of a memorandum from Dwight D. Eisenhower in April 1946, when he was Chief of Staff of the U.S. Army. (See Generals Over the White House by Sam Marcy, World View Publishers.)

The military buildup, that was in full swing in the 1950s and continued without any pause in tempo until the end of the Vietnam war, occurred therefore during a period of general economic upsurge, notwithstanding several significant recessions. The buildup also occurred while U.S. imperialism retained most of its markets under its military umbrella. How markedly different is the situation today!

The military buildup continues after the U.S. has lost its dominant position in Asia and has been severely restricted and under heavy pressure in all of Latin America. Its position in Europe has become politically and economically weakened, and in the Middle East it is most vulnerable to revolutionary attack from the oppressed people. Thus while military expansion continues, the U.S. economic base continues to deteriorate and contract.

The sources for the extraction of surplus value on a world scale have been narrowed and encumbered by revolutionary pressure of a most intense character from the oppressed peoples and underdeveloped countries.

Finally, like Britain, the basic industries of the U.S. are in decline, in a state of decadence, and under fierce competitive attack by the very allies which the U.S. government did so much to cultivate and resuscitate following the Second World War. Even the most superficial observers of the state of the U.S. world position cannot but be struck by the increasing divergence between two organic tendencies which are a product of monopoly capitalism.

On the one hand, there is the evident economic contraction of both the domestic and world economic base of U.S. imperialism. On the other hand, there is the continuing and relentless drive for military expansion. Both of these tendencies grow organically from the body politic of the capitalist class structure of exploitation and oppression.

The continued existence, side by side, of these two tendencies as though they were independent of each other is absolutely incompatible and of necessity leads to a catastrophe. There is no imperialist fallback position for U.S. capitalism. There is, however, a socialist solution to the catastrophic sharpening of this acute imperialist contradiction.