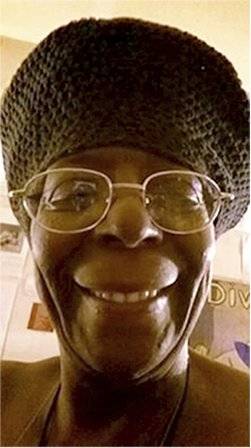 Deborah Danner, a 66-year-old Black woman, was shot and killed inside her Bronx apartment on Oct. 18, 2016, by New York police Sgt. Hugh Barry.

This Feb. 15, Barry was found not guilty of all charges by a judge after a bench trial. Barry had declined his right to a jury trial, figuring that his chances were better with a judge than with members of the Bronx community, who are subjected daily to racist terror at the hands of the New York Police Department.

In response to the verdict, a People’s Monday protest was held on Feb. 19 by NYC Shut It Down, a Black Lives Matter police abolitionist group that has held Monday protests every week for over three years. Each action has highlighted a different Black, Brown or Indigenous person killed by the police.

In his trial, Officer Barry had claimed that his life was in danger after he entered Danner’s apartment. This was contradicted by the testimony of another officer and by an emergency medical technician. Nevertheless, Judge Robert Neary found him “not guilty.”

Deborah Danner, who had been diagnosed in her thirties with schizophrenia, foresaw her fate. She wrote in 2012: “We are all aware of the all too frequent news stories about the mentally ill who come up against law enforcement instead of mental health professionals and end up dead.” (New York Times, Oct. 19, 2016)

She was one of over 300 people, overwhelmingly Black or Brown, killed by members of the NYPD since police gunned down Amadou Diallo in 1999. Not a single officer has been sent to jail in connection with these killings.

The endless stream of racist police murders, and the inevitable nonindictments and not guilty verdicts that follow, raise the question: Why do the police kill so many Black, Brown and Indigenous people, and why do they always get away with it?

Simply put, because it is their job. Contrary to what they would like us to believe, the police do not exist to serve and protect the people. Just the opposite. Today’s police forces are descended from the pre-Civil War slave patrols and night watches. They exist to oppress Black people and intimidate immigrants. Killer cops are not “bad apples.” They are doing exactly what they are supposed to do.

While we continue to fight in the courts for every victim of police murder, we must remember that full justice can never be found there. The police cannot be reformed. As a fundamentally white supremacist institution, nothing less than their abolition can bring an end to racist police terror.