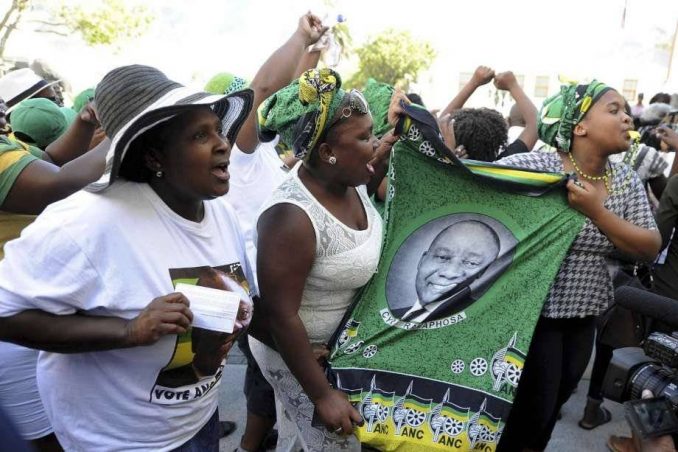 A transfer of power from former President Jacob Zuma to his Deputy President Cyril Ramaphosa has taken place in the Republic of South Africa’s National Assembly.

President Ramaphosa was unopposed in his confirmation on Feb. 16 by the legislative body of the most industrialized state on the African continent.

Ramaphosa is a former trade union leader and chief negotiator for the African National Congress after 1990, when former President Nelson Mandela was released from 27 years of imprisonment to embark upon a transitional process from the racist apartheid settler colonial system to a nonracial democratic dispensation. Ramaphosa had been chosen as the new ANC president at the National Elective Conference held in December.

Ramaphosa is required to stand again next year during the national elections for both the presidency and National Assembly. The ANC has had a substantial majority in parliament since its rise to power in 1994.

Ramaphosa was uncontested in his bid for office, leaving him with an immense responsibility of directing the country toward national unity and economic development.

At present, South Africa is emerging from recession spawned by the challenges which are inflicting African and other emerging regions in the aftermath of the precipitous decline in energy and commodity prices since 2014. The South African rand, although recovering somewhat in recent months, has suffered depreciation over the last few years.

Unemployment in South Africa was officially 26.7 percent during the final quarter of 2017. The two leading industries in the economy, mining and manufacturing, have been in decline for a number of years. Much of this stems from the systematic disinvestment from the country in response to the rise of the ANC to power and the militant character of the trade union movement, which has demanded larger salaries, better benefits and working conditions.

The radical redistribution of resources — including land, finance, mining, manufacturing and agricultural production — is long overdue. The ANC National Policy Conference during mid-2017 renewed its mandate for such reforms. Nevertheless, South Africa, despite its role as a leading economy on the continent, still remains well entrenched in the capitalist mode and relations of production.

A break with the world capitalist system in South Africa is necessary for genuine growth and sustainable development. These measures would require similar policy efforts in other states throughout the Southern African Development Community and African Union member states.

From labor to business and political leadership

Ramaphosa has decades of experience in the ANC and resistance politics in South Africa. As former secretary general of the National Union of Mineworkers, Ramaphosa played a central role in the national liberation movement.

He was chosen by former ANC and South African President Nelson Mandela to lead the negotiation team which reached agreement on a new constitution mandating the removal of the racist apartheid system. There was much speculation that Ramaphosa would be the successor to Mandela. This position went to former President Thabo Mbeki, who was elected as head of state in 1999.

Ramaphosa left his position as secretary general of the ANC in 1996 to pursue a career in business. This was done in part to provide funding for the party so that it was not reliant upon transnational corporations for its resources.

President Ramaphosa will inevitably need to take swift action on the national economy and on the drought which has struck South Africa. A national drought emergency was declared recently. In Cape Town, water resources are limited for personal use.

The Congress of South African Trade Unions, of which Ramaphosa was a co-founder in 1985, has cited that priority for water distribution must not be administered by the still-white-dominated agricultural sector. Cape Town municipal structures are controlled by the opposition, right-wing Democratic Alliance. COSATU harshly criticized DA Mayor Patricia De Lille, along with her party in general, for worsening the crisis.

COSATU noted in a press release issued in early February: “The threat to jobs and lives of people through diseases from sanitation spills that the DA risked has happened because they want to ensure continued water supply to farmers. Surely farmers’ plants must be allowed to die before people do, but for the DA, Black people’s lives are less important than farmers’ profit from export products. The city and the province should know how much water is available in the dam and who the water is meant to go to. If the calculation reveals that half the water that is in the dams must go to farmers, then that must be checked and stopped before creating panic among residents. Failure to do this would be ridiculous. The fact is that farmers have used more water and that needs to stop.”

These and other vital questions must be addressed soon by the Ramaphosa administration in order to prepare for the 2019 elections. Both COSATU and the South African Communist Party, the two key allies of the ANC in the Tripartite Alliance, have welcomed the inauguration of the new president, pledging to work with the ANC for the advancement of the National Democratic Revolution.