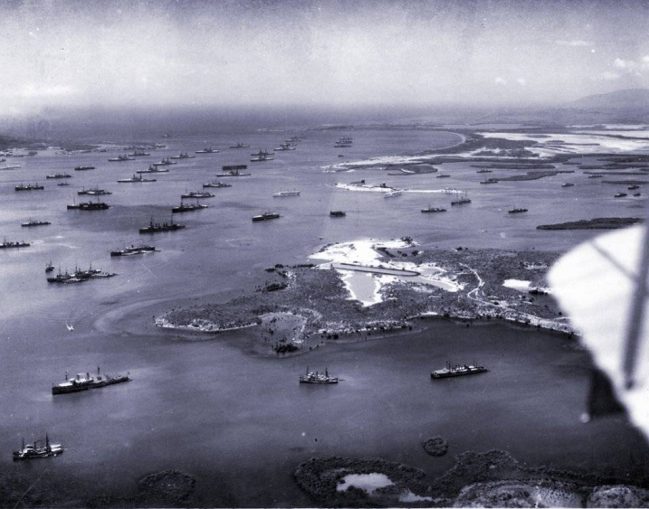 The U.S. has occupied part of Cuba for over 115 years. On Feb. 23, 1903, the U.S. coerced Cuba into signing a lease agreement ceding land in eastern Cuba for the U.S. Guantanamo naval base called GTMO.

The naval base still sits astride, dominates and restricts entry to ­Cuba’s Guantánamo Bay.

Now the Coalition to Close U.S. Foreign Bases has unanimously called for the U.S. to return that land to Cuba. At its Jan. 12-14 Baltimore conference, CCUSFB adopted a resolution for days of action on or around Feb. 23 to end the U.S. occupation.

This important call is the first time in recent memory that an organization outside the Cuba solidarity movement has called for a united action defending Cuban sovereignty.

The 1903 agreement, renewed in 1934, granted U.S. domination over the area of the Guantanamo naval base without an end date. The agreement requires both parties to agree to end the lease agreement, according to material produced by MOVPAZ (the Cuban Movement for Peace and Sovereignty of Peoples).

Since the 1959 revolution established Cuban sovereignty and self-determination, the Cuban government has demanded that the U.S. vacate its illegally held naval base and return control of that land to Cuba. The U.S. has issued lease payments — now $4,085 per year — but these pile up, uncashed by Cuba, except for the first one before the revolutionary government was fully consolidated. The Cuban position is clear: “All Guantánamo is ours.”

Seventeen years ago, on Jan. 11, 2001, a notorious special torture prison for U.S. detainees was placed in the U.S. Guantanamo naval base. Since that time, an outcry has exposed the inhuman and illegal conditions, including force feedings dramatized by well-known rap recording artist and actor Mos Def, now Yasiin Bey, who endured such torture on video to inform the world.

But this movement against the GTMO prison has failed to make a demand that would prevent the imperialist monster from desecrating Cuban territory with anti-human actions that would never be allowed on territory under Cuban sovereignty. The demand should be to return Guantanamo to the Cuban people, the rightful owners, where it can never again be used for such a purpose.

According to the 2018 State of the Union address, the current U.S. president seeks to expand the U.S. use of GTMO. Everyone concerned about U.S. crimes should demand: U.S. out of Guantánamo, now!

Guantanamo, more than a prison

The 45 square miles occupied by U.S. Naval Station Guantanamo Bay (the base’s official name) is less than 0.2 percent of Cuba’s 2,389-square-mile Guantánamo province. The bay itself is 12 miles long and six miles across.

But more than these numbers is what a 1927 U.S. Navy museum photo captures of the vastness of Guantánamo Bay. The photo shows a U.S. fleet at anchor where the U.S. naval base sits, astride the entrance to the huge bay, blocking Cuban access to the sea and to the best fishing areas in the bay itself.

More than 200,000 people live in Guantánamo, the capital city of Guantánamo province. Since 1959, the Cuban revolution has protected the Cuban people living close to the base from the predation and exploitation feared and experienced by communities near U.S. foreign bases in countries still allied with U.S. imperialism. In a 37-minute documentary, “All Guantánamo Is Ours,” filmmaker Hernando Calvo Ospina uses historical photos and testimony to demonstrate the conditions before the socialist revolution. (youtube.com/watch?v=XKEs4mE7INs) Yet the corporate U.S. news media ignore the people of Guantánamo.

In June 1898, U.S. troops landed at Guantánamo Bay. Although the U.S. naval base was leased in 1903, according to Cuban historians, the U.S. has maintained an ongoing presence since 1898. The U.S. intervened militarily after the Cuban people already had been fighting for independence from Spain for 30 years and were near victory.

Then Cubans were excluded from the Dec. 10, 1898, Treaty of Paris, in which Spain relinquished Cuba, Guam, Puerto Rico and the Philippines to the U.S.

Cuban independence was finally won on Jan. 1, 1959, when the U.S.-backed Batista dictatorship fled Havana and the July 26 Movement triumphed. Led by Fidel Castro, Raúl Castro, Che Guevara, Camilo Cienfuegos, Vilma Espín, Celia Sánchez, Haydee Santamaría and a host of other revolutionary heroes, they birthed a Cuba on the path to the better socialist world we know is possible.

The U.S. military and capitalist ruling class continue their attempt to dominate the Caribbean, Latin America and the world through blockades, sanctions and threats of nuclear war. Cuba continues to show the way forward through unity and solidarity with the workers and oppressed of the world.

U.S. out of Guantánamo!