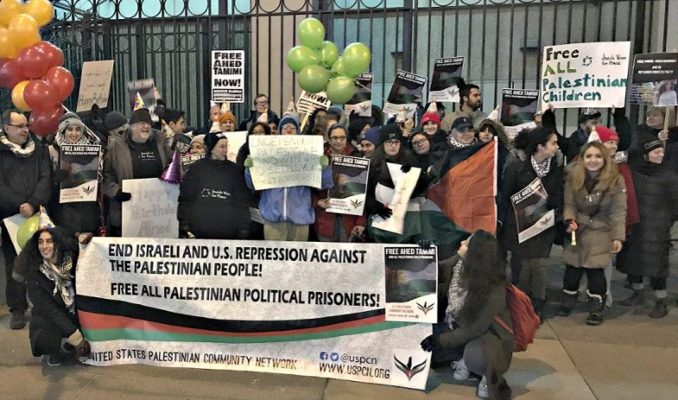 A group of radicals gathered Jan. 30 outside the Israeli Consulate in Chicago to do two things: celebrate the birthday of Ahed Tamimi and demand her release. Activists wore birthday hats, brought balloons and made noise with party kazoos. The action was called by Jewish Voice for Peace, the US Palestinian Community Network and American Muslims for Palestine. Various other groups supported the protest, including Workers World Chicago cadre. The action ended with everyone singing happy birthday to honor Ahed and signing a birthday card to be sent to her.