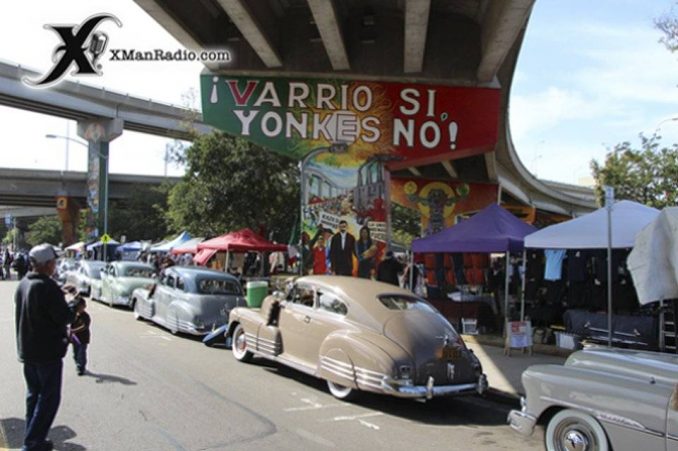 Around 50 white supremacists were in the minority on Feb. 3, when an awe-inspiring 1,500-plus Californians showed up to defend San Diego’s historic Chicano Park. They came from as far away as the San Francisco Bay Area and Los Angeles to defend the park from racist attack by a group calling themselves the “Bordertown Patriots,” Trump-style bigots who claimed to be coming there for a “patriotic picnic.”

In reality, these were right-wing reactionaries who planned to deface and defame the beloved murals and the statue of a Mexican revolutionary leader. They have been emboldened by the rise of Trump and angered by the heroic actions of Takiyah Thompson and Bree Newsome, two Black women, both of whom boldly removed official symbols of white supremacist oppression.

“¡Tierra, Liberación y Revolución!” (“Land, Liberty and Revolution!”) were the words of Mexican revolutionary Emiliano Zapata, who is honored in the park with a beautiful bronze statue. In 1970, they were also the words of Chicanx activists as they cried out to affirm the liberation of Chicano Park.

That was the year the community of Barrio Logan, one of the oldest communities in San Diego, began to fight for the park to be built. The city, however, had another idea for the use of the land under the Coronado Bridge and began construction of a new State Highway Patrol station. Mario Solís, a Brown Beret, was the first to notice the construction underway on the previously unused parcel of land and immediately organized a protest of occupation of the construction site. After 12 days of confrontation, the city accepted defeat in the face of the Chicanx community’s united opposition and reluctantly accepted the Chicanx community’s takeover of the land for the park.

The Feb. 3 invasion of white supremacists is the second recent targeting of Chicano Park. In September 2017, a right-wing blog, Patriot Fire, called for a “picnic” in the park, but they were run off by members the community.

The local press reported that these more recent racists wanted to remove a statue of Zapata and deface the murals depicting the history of the Chicanx people and the images of Che Guevara, Fidel Castro, Frida Kahlo and other revolutionaries. They also evidently intended to remove the flags of Aztlán and Mexico and replace them with U.S. flags.

The Chicano Park Steering Committee organized a massive security team that kept the white supremacists from harming anyone. Most of the people in the park were completely unaware of the small skirmish that resulted in a few arrests.

But Chicano Park is also under assault from the city as well through gentrification, since outside interests are moving into the community under the guise of redevelopment.

Attendees at the defense event celebrated the revolutionary park by beginning with a Native blessing by Stan Rodríguez from the Iipay Nation of Santa Ysabel. The event ended with a performance by the Aztec Dancers, with the community being asked to join in for the last dance. The present writers and WWP organizer Gloria Verdieu danced along with the Indigenous dancers as Native elders sang songs of prayers.

According to the “picnic” organizers’ website, their ultimate goal is to close Chicano Park. But white supremacy has lost another battle. The people have made it clear with their sheer presence that Chicano Park is here to stay.