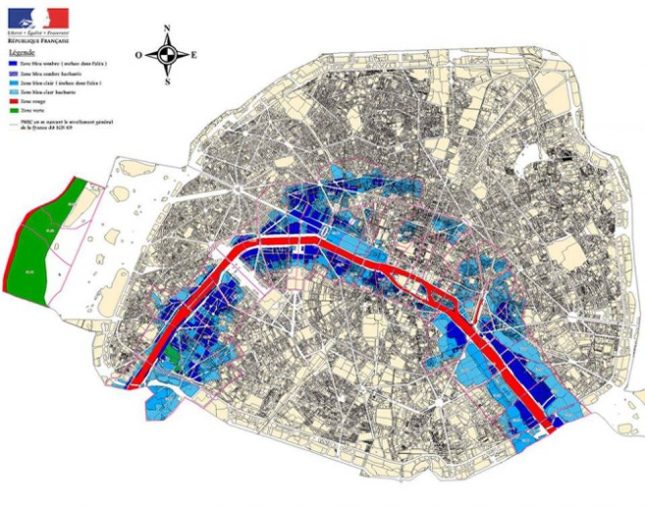 The Seine, the river that flows through the center of Paris, is expected to reach 19 feet above its normal level on Jan. 29.

This flood is having a major impact on tourism, one of the main industries in France, particularly in Paris. Millions of visitors from all over the world come to the French capital, the City of Light, to see the treasures of art that French imperialism has plundered from almost everywhere.

While they are visiting the museums, they also see the sights — the Eiffel Tower, Notre Dame, the Left Bank, Montmartre — enjoy fine French food and wine, take a boat trip on the River Seine in a bateau mouche (open excursion boat), walk in the Luxembourg Gardens and travel through the beautiful countryside.

The only tourist activities that are definitely closed are the boat trips  — the boats can no longer fit under the bridges. The Louvre has had to close its Islamic collection, which is below ground level. Walks along the Seine are dangerous, gardens are squishy, a couple of hospitals are closed, but life and tourism in Paris go on.

Some hundreds of Paris residents have been evacuated by the authorities;  others have left on their own.  Portions of the mass transit system, the RER, are closed until further notice. Some roads are flooded out, but people can still get to work.

For the 240 communities in the Paris basin outside the capital, the flood has had more severe consequences. Schools are closed, many more roads and houses are flooded, and delivery of  cooking gas, electricity and water is sporatic.

What worries Anne Hidalgo, the Socialist Party mayor of Paris, who accepts the reality of global warming, is repetition of these floods. There was an earlier, slightly more serious one in 2016, 18 months ago. She tweeted, “Beyond emergency, this recurrent flooding makes adapting our city to confront climate change much more important.”

Florence Habets, a leading hydrologist at CNRS, France’s main scientific research center, predicts that the risk of both droughts and floods will increase in years to come. At a conference in December, Habets proposed a series of natural steps, such as making soil more permeable, putting greenery on roofs, developing prairies and planting forests. (oise-aisne.net)