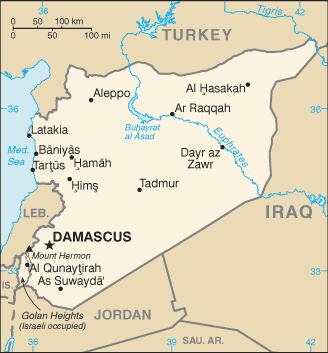 Jan. 27 — While shelling the Syrian Democratic Forces-occupied Afrin district in Syria, Turkey announced Jan. 19 the beginning of “Operation Olive Branch.” This ironically named operation is an open-ended aggression on Syrian territory with broad aims to take land from the U.S.-backed SDF. Turkey claims the SDF, and their leading Kurdish force the People’s Protection Units or YPG, pose an existential threat to Turkish national security.

The shelling was followed by airstrikes and an invasion of anti-government contras/mercenaries with the support of Turkey’s military. More SDF-occupied areas have reportedly been shelled in various parts of Northern Syria. Reports vary heavily on the scale and success of this operation so far.

Operation Olive Branch has been a long time coming. Turkey has raised so-called national security threats for years. January’s aggression was preceded by and built off of Operation Euphrates Shield in the neighboring Azaz and Al-Bab districts of Aleppo province in 2016. Turkey used a parallel strategy then, with the Turkish armed forces operating as an auxiliary force to the contras it was backing.

Turkey seized land from Daesh, which it occupies to this day. It appears that Turkey seeks to merge these areas into a contra-occupied protectorate across swaths of Northern Syria. This is NATO’s new strategy to rescue the nearly defeated counterrevolutionary forces they have relied on to wage war against Syria. It also serves to buy time for longterm maneuvering in the region and to prolong the war, further destroying Syria.

The statements out of Syria and its primary ally Iran confirm this perspective. Syria’s President Bashar Al-Assad said in an official statement, “The brutal Turkish aggression on the Syrian town of Afrin cannot be separated from the Turkish regime’s policy from the first day of Syria’s crisis, which was essentially built on supporting terrorism and terrorist organizations, whatever their names.” (presstv.com, Jan. 21)

Bahram Qassemi, a spokesperson for the Iranian Foreign Ministry, underlined that the “continued crisis in Afrin can strengthen the Takfiri-terrorist groups in Northern Syria again and will ignite again the fire of war and destruction in the country.” (farsnews.com, Jan. 21)

On the surface, Turkey’s escalating aggression in Syria is being portrayed by the bourgeois press, as well as Turkish and U.S. government officials, as a “contradiction” because of U.S. strategic support for the SDF.

A lot of fuss was made over U.S. statements that it was creating a 30,000-strong “border security force” comprised of the SDF in Syria. Turkey condemned the plan and the U.S. publicly backpedaled on this supposed strategy. (washingtonpost.com, Jan. 18)

It is impossible to believe the U.S. couldn’t foresee the action by Turkey; the original Pentagon statements were utilized by Turkey as the primary pretext for Operation Olive Branch. The reality is that the U.S. greenlit this operation and has done nothing to prevent it from going forward. The U.S. was consulted before Turkey advanced.

Secretary of Defense James Mattis stated, “Turkey was candid. They warned us before they launched the aircraft they were going to do it in consultation with us, and we are working now on the way ahead through the ministry of foreign affairs.” Mattis also said Turkey “is the only NATO country with an active insurgency inside its borders, and Turkey has legitimate security concerns.” (dailymaverick.co.za, Jan. 21)

Secretary of State Rex Tillerson also defended Turkey’s actions. “We recognize and fully appreciate Turkey’s legitimate right to protect its own citizens from terrorist elements that may be launching attacks against Turkish citizens and Turkish soil from Syria.” He also denied the notion that the U.S. would do anything to stop Turkey. “I don’t think you’re going to find two NATO allies facing off at all,” said Tillerson. (CNN, Jan. 22)

Also on CNN, Marine Maj. Adrian Rankine-Galloway said senior U.S. defense officials were in Ankara to discuss security matters, including the situation in Northern Syria. “I can confirm that senior leaders from the Department of Defense are fully engaged in working with their Turkish counterparts to de-escalate tensions along the Turkish-Syrian border and to ensure that operations to defeat ISIS [the Islamic State group] continue without interruption,” said the Pentagon spokesperson.

This is the same mode of operation Washington has used time and again to absolve itself of complicity in the actions of U.S. allies in the region, whether Turkey or Israel.

The notion that U.S. support for the SDF poses a security threat to Turkey because of the YPG affiliation with the Kurdistan Workers Party (PKK) is entirely disingenuous. The PKK is the only Kurdish force genuinely challenging NATO hegemony by actively resisting Turkey. Even if the YPG had the resources and desire to support them materially, their dependence on the U.S. stops them from doing so.

Thousands of U.S. soldiers embedded with the YPG, special forces, intelligence operatives and advisors would not permit the possibility of a genuine insurgency in their NATO ally to become a real security threat.

U.S. and NATO, hands off Syria!

Operation Olive Branch, given tacit support by the U.S., represents the culmination of the U.S. and NATO’s revised strategy to partition Syria since the Russian intervention spelled the defeat of their main contra-army Daesh.

Faced with this development, the U.S. has focused on providing support to the SDF/YPG/YPJ (Women’s Protection Units) forces as their primary proxies in their war against Syria. The SDF have gained massive tracts of land that they have handed off so the U.S. can build air bases, providing solid footing for further imperialist excursions.

The U.S. effectively used the SDF to keep Daesh land out of the hands of the Syrian state and allied forces. Considering Turkey was (and perhaps still is) a main backer and coordinator of Daesh, the U.S. likely planned this with their NATO ally’s consent.

The SDF/YPG was never a solid basis for permanent U.S. occupation of Syria. Kurdish separatism has historically been much weaker in Syria than inside Turkey, Iraq and Iran. Syria has the smallest Kurdish population of these countries, which many Kurds believe contain pieces of Kurdistan.

With the absolute failure of a Kurdish independence bid in Iraq last year, the momentum was missing for anything similar to develop in Syria. The YPG and their allies in the SDF, especially following the near defeat of Daesh in 2017, were more than likely to negotiate a path of reconciliation with the Syrian state, perhaps pushing for some framework of autonomy in territory they occupy. It seems the main reason they prolonged this process was a false confidence instilled in them by Washington. U.S. assurances that they would be protected and strengthened had them fooled until they were handed to Turkey on a silver platter.

Even preceding Operation Olive Branch, the Foreign Deputy Minister of Syria Faisal Mekdad stated Jan. 15 that Turkey must end its aggression and violation against Syrian sovereignty. Regarding the Kurdish forces, Mekdad said, “We believe that it is those Kurds who act in the interests of the U.S. who open the door to the Turkish forces. We can declare that those who oppose the homeland and its interests become accessories to the enemies of Syria and the Syrian people.” (ijc.ir)

In contrast to this, Mekdad highlighted that “the majority of Kurds are patriots of Syria” and that the Syrian Arab Army would be willing to enter a military alliance with the SDF to cooperatively counter Turkish aggression. So far, no such alliance has materialized. (sputniknews.com, Jan. 15)

The primary task of all people who oppose imperialism and support Syrian sovereignty is to oppose Turkey’s Operation Olive Branch as part of NATO’s plot to prolong the destruction of Syria. As Syria itself has stated countless times, all foreign aggression and unwarranted intervention must cease.

NATO out of Syria! U.S. out of the Middle East!