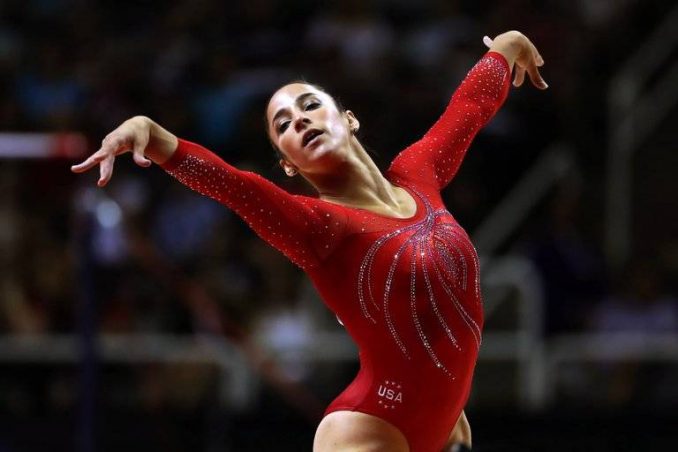 UPDATE: As of Jan. 26, Larry Nassar was sentenced to 40 to 175 years in prison for being found guilty of the sexual abuse of more than 150 gymnasts among other women athletes during his long tenure at Michigan State University. Following his sentencing a number of key players in this major scandal resigned including MSU president, Lou Anna K. Simon; Mark Hollis, MSU’s athletic director along with the entire USA Gymnastics board and the list is growing. Read WW for more updates.

Jan. 22 — Since Jan. 16 at least 120 current and retired women gymnasts have publicly denounced Larry Nassar, the former doctor who sexually assaulted them starting when they were as young as 6 years old. Every day dozens of women have testified in Ingham County (Michigan) Circuit Court about the horrors they suffered, many for years, at the hands of this predator.

Nassar was sentenced to 60 years in prison after pleading guilty in November to federal child pornography charges. He is currently in the sentencing phase after convictions of criminal sexual conduct. Judge Rosemarie Aquilina is allowing every survivor, many of them Olympic medalists, to speak before she sentences Nassar.

As a sports training doctor at Michigan State University in East Lansing for over 25 years, Nassar had access to hundreds of young girls and women whose parents entrusted him to take care of their children’s chronic injuries. Over 150 gymnasts have sued Nassar for assault under the guise of “medical treatment.” Many of these women continue to suffer from depression, anxiety, post-traumatic stress and other disorders as a result of the abuse.

One by one these gymnasts, who suffered in silence with internal pain and trauma for many years, felt empowered for the first time to speak directly to Nassar in court. The women provided graphic and shocking details of what Nassar did to their bodies. Many thanked the #MeToo movement for showing them they are not alone in surviving sexual abuse.

Nassar could not act alone

More and more details are emerging that show that Nassar did not and could not carry out his horrendous acts in isolation. In fact, some of the women went to the authorities at and outside MSU with complaints about Nassar, only to be dismissed and ignored. Gymnast Rachael Denhollander stated, “You don’t get someone like Larry Nassar, you don’t get a pedophile who is able to abuse without there being a culture surrounding him in that place.” (ESPN, Jan. 16)

Gymnast Emma Ann Miller told Nassar: “Tell us about the telltale signs that others at MSU, Twistars and USAG should have seen but didn’t. In one of your last public acts, actually help someone. Of course, we are aware that some knew, but there are likely many, many more opportunities these institutions and individuals had to stop you long before Rachael (Denhollander) and the IndyStar article surfaced.” (State News, Jan. 22)

Olympic gold-medal gymnast Aly Raisman stated with righteous fury: “I didn’t think I would be here today. I was scared and nervous. It wasn’t until I started watching the impact statements from the other brave survivors that I realized I, too, needed to be here.

“I am here to face you, Larry, so you can see I have regained my strength, that I am no longer a victim. I am a survivor.

“I have represented the United States of America in two Olympics and have done so successfully. And both USA Gymnastics and the United States Olympic Committee have been very quick to capitalize and celebrate my success. But did they reach out when I came forward? No.” (CNN, Jan. 19)

MSU claims it is carrying out an investigation of its complicit role in this scandal, but isn’t that comparable to the fox guarding the chicken coop? Will such an investigation actually get to the root cause of what took place for at least a quarter-century?

Shouldn’t there be a broad, independent investigation that includes gymnasts, their parents and women’s organizations, with the survivors in the forefront? And what did the mainstream media know — before these brave gymnasts collectively refused to be silenced any longer — about what many consider to be the largest scandal in U.S. sports history?

Under capitalism, all athletes, be they pro or amateur, are viewed as commodities to make profits for institutions like MSU, USA Olympics and the corporate media. The scandal that has erupted at MSU and internationally over the treatment of these superexploited gymnasts, many of them star athletes, exposes the systemic patriarchy and sexism that exists throughout society and which will only be eradicated with the revolutionary uprooting of the entire capitalist system.