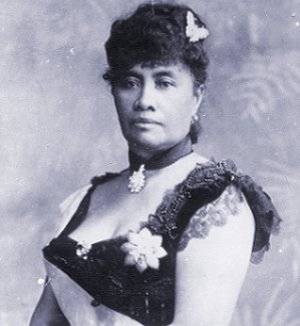 Native Hawaiians commemorated the overthrow of the Kingdom of Hawai’i on Jan. 17 in Honolulu. It was on that date in 1893 that Western business owners and “missionary descendants,” aided by the U.S. military, toppled Queen Lili’uokolani, the last sovereign monarch. Two years later, she was imprisoned within the Iolani Palace when a rebellion failed to reseat her.

Thousands of people marked the solemn occasion by marching from the Royal Mausoleum at Manua Ala to the palace. Marchers included people from throughout Hawai’i, including grassroots communities, trustees, children and politicians. Hawaiians rallied at the palace and reflected on the overthrow and its impact on Hawai’i and Native Hawaiians.

Professor Noelani Goodyear-Kaopua, from the University of Hawai’i, stated: “It’s a celebration, because we’re still here, because we still remember Lili’uokalani, because we are still proud of her, of who we are as Hawaiians. We focus on … Queen Lili’uokalani [and] that she’s an amazing hero, an amazing model of what it means to be a dignified and gracious head of state for a … neutral country, that sought to have friendly relations throughout the world, that gave a home to people of multiple ethnicities that wanted to be here at a time when in other countries, they were enslaved.” (khon2.com, Jan. 17)

“Reflection also came with a mission to educate the public about the history of the overthrow, encourage unity and leadership among Native Hawaiians, and support civic engagement in the Hawaiian community,” observed Jenn Boneza, in her khon2.com article that day.

Boneza’s report also quoted Trish Kehaulani Watson, a rally organizer: “This is just an amazing display of unity. We want the people of Hawaii to know that, to know that our culture is powerful, that our history is important.”  Regarding the weekend’s false-alarm missile scare, she said: “After this weekend’s events, more than ever, I think people realize the importance of family, the importance of life, the value of life, and at the end of the day, it’s all about love. It’s all about aloha. The Hawaiian kingdom stood for and means what people love most. It’s all about our children.”

Professor Jon Osorio stated: “We mourn the taking of the government in 1893. Hawaiians have not given up our identities. It is clear that our culture, not just our language, not just our arts, but our essential character as a people, these things have all survived. Our sovereignty is more alive and more potent than ever.”  (Hawaii News Now, Jan. 17)

The same article reported that Hawai’i’s former Gov. John Waihee said: “I felt a lot of pride and a lot of aloha for everybody around me. It’s about a moment in history that was extremely painful for our people. At least one day a year, we should be able to reverse it.”

During the ceremony, the Hawaiian flag was raised above the palace at the same time of day it was taken down during the overthrow. The rally then continued at Queen Lili’uokalani’s statue near the state Capitol.  It coincided with the state legislature’s opening day.

Congress formally apologized for the U.S. role in the overthrow 100 years later with a resolution during Clinton’s presidency.  It said: “Whereas, it is proper and timely for the Congress on the occasion of the impending 100th anniversary of the event, to acknowledge the historic significance of the illegal overthrow of the Kingdom of Hawai’i, to express its deep regret to the Native Hawaiian people.” (Hawaii News Now)

Native Hawaiians have long challenged the “legality” of the kingdom’s overthrow and rightfully say the U.S. annexation in 1898 was illegal.