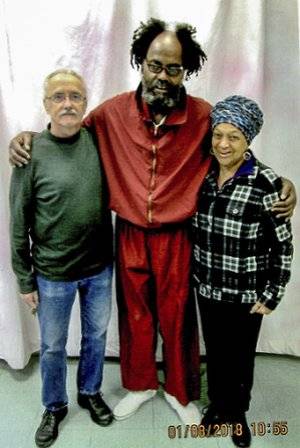 In a case that could lead to freedom for political prisoner Mumia Abu-Jamal, Pennsylvania Court of Common Pleas Judge Leon Tucker ordered the Philadelphia District Attorney’s office to present new testimony at a hearing on Jan. 17. Abu-Jamal’s supporters vow to pack the court.

The case before Tucker began with a hearing on April 24 concerning former DA Ronald Castille’s involvement in Abu-Jamal’s case. As a Pennsylvania Supreme Court Justice, Castille refused to recuse himself from ruling on Abu-Jamal’s appeals.

A 2016 Supreme Court decision in Williams v. Pennsylvania found that Castille’s refusal to remove himself from another death penalty case was unconstitutional. Abu-Jamal’s attorneys filed an appeal for a new trial based on that decision. Fourteen Pennsylvania prisoners, including Abu-Jamal, are fighting for appeals on similar grounds.

Abu-Jamal’s petition seeks to overturn all Pennsylvania Supreme Court decisions on his 1995-08 appeals, citing Castille’s bias and conflict of interest. Castille was an assistant DA during his 1982 trial for the murder of a Philadelphia police officer. Abu-Jamal pleaded innocent. As DA in 1989, Castille opposed Abu-Jamal’s postconviction and death sentence appeal.

During his judicial campaign, Castille bragged that he had helped sentence 45 men, including Abu-Jamal, to death. The Fraternal Order of Police, which led the campaign to execute Abu-Jamal, honored Castille as “Man of the Year” and financially backed his campaign.

Elected to the high state court in 1994, Castille ruled against every appeal Abu-Jamal brought before him; most criticized the DA office’s actions during Castille’s tenure. He refused every request Abu-Jamal filed asking him not to rule on postconviction appeals.

Court to DA: ‘Release the files’

Tucker has repeatedly ordered the DA’s office to turn over all files in its possession that show Castille’s “personal involvement in the case” during all court proceedings.

On Sept. 7, after they failed to fully comply with his orders, Tucker ordered the DA’s office to turn over 31-plus boxes of prosecution files, all notes on meetings between Castille and his staff regarding the case, press releases or Castille’s public statements about it.

In calling for the Jan. 17 hearing, Tucker ordered the DA’s office to produce attorney Gayle McLaughlin Barthold to present testimony regarding her March 27, 1990, memorandum to Castille about death penalty cases. A Castille-appointee, Deputy DA Barthold filed all the DA’s legal papers during Abu-Jamal’s 1990-91 filings in the state Supreme Court. The DA’s office claims it cannot locate the memorandum.

Abu-Jamal’s legal case may be in the hands of the lawyers and the courts, but victories in the fight for his freedom have depended on a global support movement. Throughout Abu-Jamal’s imprisonment, his family and supporters have fought the state’s efforts to murder him.

During the recent tug-of-war over case records, Abu-Jamal supporters repeatedly took to the streets, starting with a rally outside the court during the April 2017 hearing. A call-in campaign to the DA’s office was launched, demanding compliance with Tucker’s order.

On May 30, the deadline for turning over the files, protesters gathered outside the DA’s office, demanding: “Open up the books!” When only 54 pages of court filings — already part of the case public record — were turned in, Tucker ordered more files produced by July 7.

That day, protesters gathered at the DA’s office with poster-size copies of Tucker’s order so that passersby could see the DA’s cover-up. Their signs exposed the DA’s office’s long history of deception and corruption.

On Nov. 7, by a 3-to-1 margin, Larry Krasner, a progressive civil rights defense attorney, backed by activist communities, defeated a FOP-led campaign on behalf of his opponent, Republican nominee Beth Grossman, to become Philadelphia’s 26th DA.

After taking office, Krasner fired over 31 DA office staff, including attorneys who handle capital cases. At issue is what impact this could have on Abu-Jamal’s appeal.

Reportedly, Deputy DA Ronald Eisenberg, a Castille protegé who has represented the DA’s office in the case, resigned weeks ago. Another DDA prominent in Abu-Jamal’s trials, Hugh Burns Jr., was fired.

While the shake-up should be encouraging to Abu-Jamal supporters, Krasner’s appointment of Castille to his transition team leaves doubts about his seriousness and long-term impact.

Blowing the lid off the cover-up

The potential to reopen Abu-Jamal’s conviction case is dangerous to some people in high places. The case is rife with suppression of evidence of innocence, evidence-tampering by police and coercion of witnesses to identify him as “guilty.” The Pennsylvania injustice establishment has lied about the facts and demonized Abu-Jamal. Politicians have used the case to win votes through racially divisive law-and-order politics.

If Abu-Jamal’s new legal action succeeds, he could reintroduce legal challenges to the racist frame-up conviction that led to his 36 years in prison, 30 of them in solitary confinement on death row.

Evidence increasingly supports Abu- Jamal’s claims that racism, corruption and judicial misconduct throughout his trial were the reasons he was convicted. Now, with the chance of a legal victory that could potentially release him, it is more important than ever to be in the streets to demand “Free Mumia now!”