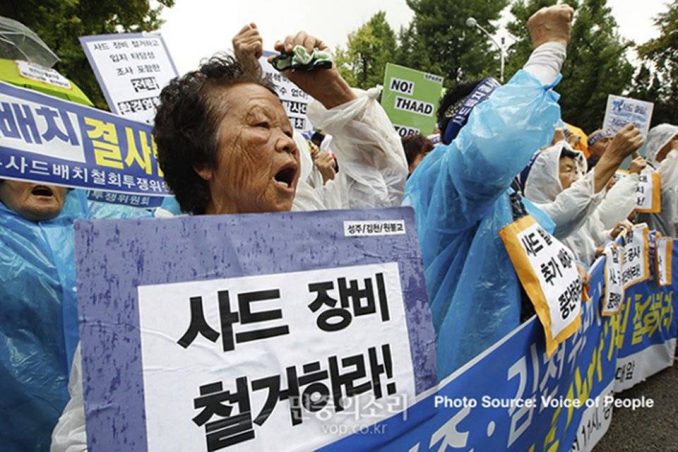 Jan. 8 — A turn has taken place in the crisis building over the Korean peninsula as the U.S. threatened war over the creation of a nuclear deterrent by the Democratic People’s Republic of Korea.

In his New Year’s message, DPRK leader Kim Jong Un announced the completion of its nuclear defense and a “reliable war deterrent, which no force and nothing can reverse.”

Speaking for the Korean Workers’ Party and the government, Kim said the DPRK was now ready to accept an invitation from south Korea to sit down and discuss participating in the Olympic Games to be held there in February. The south welcomed this and preliminary discussions are scheduled to begin Jan. 9.

Last fall Trump threatened south Korea with a trade war, even as the U.S. administration also threatened military action against the north. The economic pressure on the south was clearly meant to keep it firmly in line with Washington’s dictates.

Now, joint U.S.-south Korean war “games” originally scheduled for February, which would yet again have simulated a massive attack on the north, have been postponed.

Trump, in a Jan. 6 press conference, stepped back from his earlier wild threats to destroy the DPRK with “fire and fury” and his tweets bragging that the U.S. has a “bigger nuclear button” than the DPRK. Instead, he made nice about the discussions planned between north and south Korea. He also didn’t repeat his threats of a trade war with south Korea or his characterization of Seoul’s willingness to engage in talks with the north as “appeasement.”

However, the earlier threats from the U.S., which occupies the south with nearly 30,000 troops, still clearly hang over the talks.

What is the view of progressive south Koreans about all this?

It is very instructive to hear their voice, which is completely ignored by the U.S. big business media. Below we quote from an article on “Kim Jong-un’s New Year Address and the Prospect for Peace” by Hyun Lee, a Korean-American activist. It contains many insights into the attitude of the people of south Korea on the crisis with the U.S.

Lee writes that “having gained confidence in its ability to defend itself from U.S. aggression, North Korea appears ready to move onto other important matters, like building its economy and improving relations with the South. …

“How is North Korea able to withstand so many years of sanctions and resist collapse? The only answer that western mainstream pundits can muster is China: ‘Surely, it’s because China is not doing enough to isolate North Korea.’ But the real answer is in Kim’s speech, which outlines in great detail how to make all aspects of the country’s economy self-reliant: how to, for example, train and support scientists so the country can use its indigenous resources and know-how to build an economy independent from foreign powers.

“If 2017 for North Korea was a year of struggle to complete its nuclear force to deter U.S. military threats, 2018, it seems, will be a year of struggle to undermine the power of U.S.-led sanctions — not through compromise and negotiations but, as Kim says in his New Year address, by concentrating ‘all efforts on consolidating the independence and Juche character of the national economy.’ …

“Kim’s speech seems to indicate that with new found confidence in its ability to defend against U.S. aggression, North Korea is now ready to prioritize engagement with the new administration in the South. But its offer of detente is not without conditions. South Korea should, said Kim, ‘discontinue all the nuclear war drills they stage with outside forces’ and ‘refrain from any acts of bringing in nuclear armaments and aggressive forces from the United States.’ This echoes the spirit of the June 15 North-South Joint Declaration, signed by former leaders Kim Dae-jung and Kim Jong-il in 2000 — which states the question of Korea’s reunification should be resolved ‘independently and through the joint efforts of the Korean people.’ [Read: without the United States.] …

“Rather than celebrating recent developments as breakthroughs toward peace, U.S. pundits were quick to pooh-pooh them. If South Korea ‘runs off the leash,’ said Daniel R. Russel, former Assistant Secretary of State for East Asian and Pacific Affairs in the Obama administration, to the New York Times, ‘it will exacerbate tensions within the alliance.’ …

“Why is the prospect of peace in Korea so threatening to those vested in maintaining the U.S.-ROK alliance? U.S. alliance with South Korea — and Japan — is critical to its strategic interests in Asia, a region that the previous administration had identified as the center of this century’s global economy in its ‘pivot to Asia’ doctrine. In Northeast Asia, the United States has invested billions of dollars to construct a trilateral missile defense system with South Korea and Japan to curtail China’s power in the region. To U.S. military strategists, South Korea, with a ‘real live enemy’ to its north, provides an ideal training ground for its forces, which routinely conduct massive exercises that simulate real war scenarios and involve tens of thousands of troops from the region as well as the continental United States.

“South Korea is also among the top purchasers of U.S. weapons, a major source of earning for the United States. In the past decade, the United States sold more than $30 billion worth of weapons to South Korea. For the U.S. military industrial complex, a divided Korea perpetually threatened by war is a bonanza. And the continued division of the peninsula is critical to keep it that way. In short, what the United States seeks, in the name of the ‘U.S.-ROK alliance,’ is to turn the Military Demarcation Line that separates North and South Korea into a permanent border. Even as Moon and Kim take cautious steps to resume North-South contact, we can be sure that the wheels are already turning in Washington to undermine this effort.”