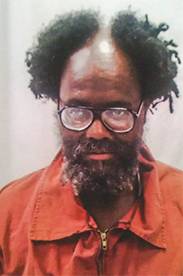 If you’re sick, you can go to a doctor or an emergency room to be examined and treated, in a hospital if necessary. If you’re being held behind bars, getting sick can be a death sentence. Profits come before prisoner care for the Department of Correction’s medical contractors.

SCI Mahanoy political prisoner Mumia Abu-Jamal needs your help in getting treatment for a severe skin disease so bad he told his wife Wadiya he “can’t take it any more.” For more than two years, he has suffered from intense itching all over his body.

The treatment for hepatitis C which we fought for and won has not cleared up his severe skin conditions. He is also concerned about his cirrhosis of the liver and neuropathy. People suspect tainted water may be causing problems for many prisoners.

Mumia and recent visitors report he can’t sleep because the itching is so overpowering and relentless. His condition is worsening: his back, chest and arms have become rough and leathery, alligator-like. There appear to be hairline cracks in his skin that show bleeding.

Instead of a hands-on exam by an expert dermatologist, the DOC’s doctor had a teleconference with Mumia, after which Ultra Violet (UVB) treatment and Dupixent were recommended.

Mumia stopped unsupervised, self-administered UVB treatment last year because his skin got burned. Mumia’s UVB treatment should be safely administered at a hospital with a Narrow Band UVB, which reduces the risk of burns and is more effective than Broad Band UVB.

Mumia needs a full diagnostic work-up before he receives a new medicine like Dupixent, which can have serious side effects if administered incorrectly outside of a hospital setting.

Mumia has been unjustly imprisoned for 36 years. The DOC’s continuing failure to effectively diagnose and treat this severe skin disease is nothing less than torture and is one more reason Mumia should be released from prison, now.

Demand that Mumia be taken to an independent medical facility such as Geisinger Hospital, as in 2015, which has the expertise to provide thorough hands-on diagnostic evaluation and offer supervised patient care.