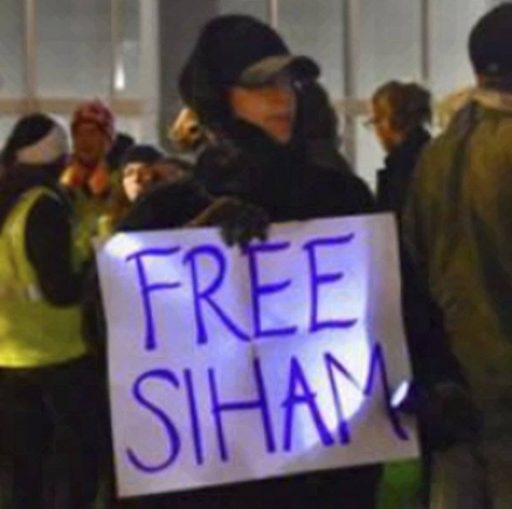 Siham Tinhinan Byah, an asylum-seeking single mother and well-known Boston-area community organizer, was taken in the pre-dawn hours of Dec. 26 from a Bristol County, Mass., Immigration and Customs Enforcement detention center and deported to Morocco.

In early November Byah reported to ICE for a routine check-in, part of her asylum petition legal process. She was detained that day, taken into custody by ICE and held in intermittent solitary confinement for over six weeks with sporadic access to food and no medical attention at all.

ICE officials and corrections officers repeatedly lied to Byah about her deportation status. Despite having received multiple U.S. Department of Homeland Security communications stating that her petition for asylum was pending, Byah was forced back to Morocco by DHS in the middle of winter, without a chance to say a word to her children and with nothing but the thin clothing on her back.  Her own lawyer, family and loved ones were not made aware of her transfer and deportation until hours later.

As an organizer, Byah was vocal in her solidarity with all immigrants, especially undocumented migrant workers and asylum seekers. She voiced unwavering solidarity with the Palestinian people. She spoke openly about the heavy repression against women and workers in her home country of Morocco.

Boston-area and nationwide organizations are rallying to demand Byah’s return to her family in the U.S. and the protection of her children. They are also demanding protection of other children of deported parents from the devastating collaboration between child protection agencies and ICE that harms so many families and communities in this situation. These organizations include Boston Feminists For Liberation, Boston Democratic Socialists of America, International Socialist Organization, Party for Socialism and Liberation, Boston May Day Coalition, Workers World Party, Green Rainbow Party and Cosecha.

A demonstration to oppose the deportation of children is set for 1 p.m. on Jan. 9 in front of the U.S. Immigration Court at the JFK Federal Building in Boston. (See the Facebook event page at tinyurl.com/y95dxbr6.)