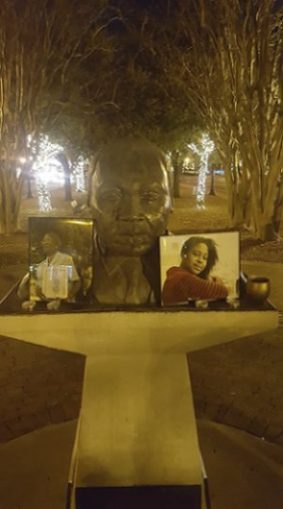 The last week of 2017 we have lost two Black women. Both experienced the plight of being denied justice while being Black in America.

She was a revolutionary woman way before the #Me Too movement of today. During the Jim Crow period, on Sept. 3, 1944, in Alabama, Mrs. Taylor was kidnapped, blindfolded, raped and brutally beaten by six white boys, all the while pleading for her life.

A Dec. 20 Democracy Now interview with Nancy Buirski, director of the film, “The Rape of Recy Taylor,” noted that she was left on the side of the road, later to be found by her father.

Then Recy Taylor said “Enough!” and bravely named and identified her attackers. Eleven years before the bus boycott in Alabama, Rosa Parks interviewed Recy Taylor for the NAACP as its chief rape investigator at the time. An Alabama Committee for Equal Justice for Mrs. Recy Taylor was launched, marking the first national campaign against the white supremacist rape of a woman of color.

In a Dec. 28 tribute to Taylor in The Root, Monique Judge said: “The racially motivated rape of Black women by white men was as prominent during ‘Jim Crow’ as the lynching of Black men was, but it is a topic that is not as discussed. Sexual violence against Black women often goes overlooked.”

Even though Recy Taylor immediately spoke up and named her perpetrators, even though there was a confession from one of the perpetrators, a grand jury denied justice for her, twice.

Somehow, through all of this, Black women are still “to blame” and are asked questions filled with contempt, such as “Why did you take so long to tell?”

But Recy Taylor was only granted an apology by the Alabama Legislature in 2011, a full 67 years after her attack.

She was the daughter of Eric Garner, who was killed by police in Staten Island, N.Y., on July 17, 2014. Eric Garner was murdered by NYPD Officer Daniel Pantaleo using an illegal chokehold. It was all caught on video, even Garner’s last words: “I can’t breath.” It is now three years and five months since Eric Garner was murdered, and there is still no justice.

But her death was also the slow death due to systematic racial disparities in the health and justice systems.

Living in a low-income neighborhood is genocide. Blacks and Latinxs make up the majority of people affected by pollution, and they also make up the majority of people in low-income neighborhoods. A 2014 study found that members of racial and ethnic minorities are exposed to levels of nitrogen dioxide, a common pollutant associated with asthma and heart disease, that is 38 percent higher than in the air most white people breathe. (tinyurl.com/yabqk4kc)

The racial divide in the U.S. is that elemental: Blacks and whites actually breathe different air.

Black people are continually denied justice, even when the evidence is blatant, such as the video that recorded Eric Garner being murdered.

Ms. Garner leaves behind two children: Alyssa and Eric. Her last wish was that you support foster children in some way, as she was in foster care during her life.

The system is stacked against us. Life is a race that we have yet to master because the system works exactly as it is intended to. Mrs. Taylor spoke up and wasn’t heard. Ms. Garner spoke up for her father and was denied justice.

Justice isn’t blind at all. The system sees you, but does not count you in because of your Blackness and poorness.

However, this will not last forever because we are the revolution. The actions you take today to support Black women, who have been the truth-tellers for eons, will build a new foundation. A foundation that will be free of white supremacy.