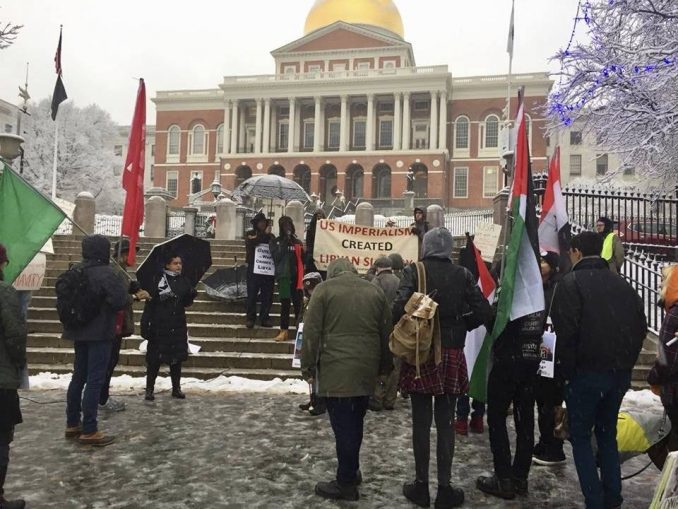 Anti-imperialists and revolutionaries gathered outside the Massachusetts State House on Dec. 9 to express solidarity with the people of Libya and decry the U.S. ruling class’s lead role in creating the horrific developments now unfolding there.

The rally and speakout were called by the Answer Coalition of Boston and supported by Workers World Party.

Before NATO intervention in Libya, the country was prospering. It had a robust system of public education and health care. It was financing development projects throughout Africa and the Middle East. But Muammar Gaddafi’s government was a threat to NATO and to Europe.

Activists must oppose imperialist war at any cost. When the U.S. State Department demonizes a nation and says, “We will destroy you, or annihilate your government” — the working-class movement has to be on the opposite side of these warmongers. We need to be yelling at the top our lungs: “No to war on Libya! No to war on Venezuela! No to war on Syria! No to war on People’s Korea!”