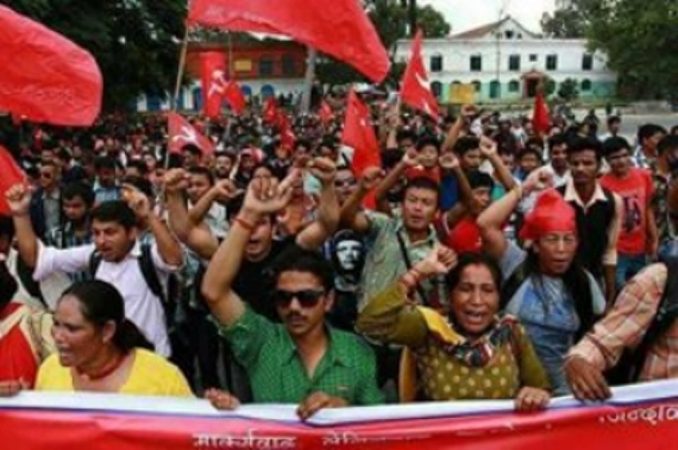 A coalition of Nepal’s largest communist parties won national elections held in late November and early December. The Communist Party of Nepal (Unified Marxist–Leninist) and the Communist Party of Nepal (Maoist Center) together won two-thirds of the seats in parliament. Their electoral victory reflects Nepal’s continued deep poverty and underdevelopment that have only deepened under the neoliberal agenda adopted by previous governments.

Nepal has a population of almost 30 million, 70 percent of whom live in the countryside.

For decades, the World Bank and the International Monetary Fund have pushed privatization as a way for Nepal to get out of  extreme poverty — defined as living on less than $2 a day. Resisting this imperialist penetration of the economy and the semi-feudal landlord class who ruled the countryside was an armed revolutionary movement led by Maoists.

After years of struggle, this “Maoist insurgency” failed to take power, but won many reforms against the semi-feudal system of land ownership. These reforms have raised incomes in some rural areas, but urban poverty has deepened as more imported manufactured goods replace local industry.

“More than 3 million Nepali youths, mostly unskilled, have gone abroad (especially in Gulf countries, Malaysia and South Korea) as migrant workers. This figure does not include the population who are employed in India, estimated to be around 3 million.” (Nepal Poverty Report, 2016)

People living in urban slums have more than doubled in over two decades — from 1.2 million in 1990 to 2.8 million in 2014. Squatter settlements are rising in such fast-growing cities as Kathmandu and Pokhara.

This trend intensified after the mountainous country was hit in 2015 by a 7.8 magnitude earthquake. Almost 9,000 people died and a million lost their homes. The resulting huge loss of agricultural production pushed a million more people below the poverty line. After this, large numbers of people left Nepal looking for work.

Remittances from relatives working abroad have become a major source of hard currency for their families and for the national economy. The number of households dependent on remittances has reached 56 percent. Remittances make up 25 percent of the gross domestic product.

Nepal has historically been under the shadow of India. The largest bourgeois party in Nepal is the Congress Party, which was decisively defeated in this election.

There is much hope among the people of Nepal that this election will bring closer relations with People’s China, its other huge neighbor. Under the leadership of the Communist Party, China has carried out an astounding emergence from extreme poverty in little more than a generation.

Part of the previous government’s undoing appears to be its rejection of a Chinese offer to build a large hydroelectric dam that could supply both water and power for the country’s development. That project is now expected to go ahead.

Nepal has had an elected communist coalition government before. Time will tell whether the change in the international situation can bring about lasting improvements for Nepal’s workers and rural population.