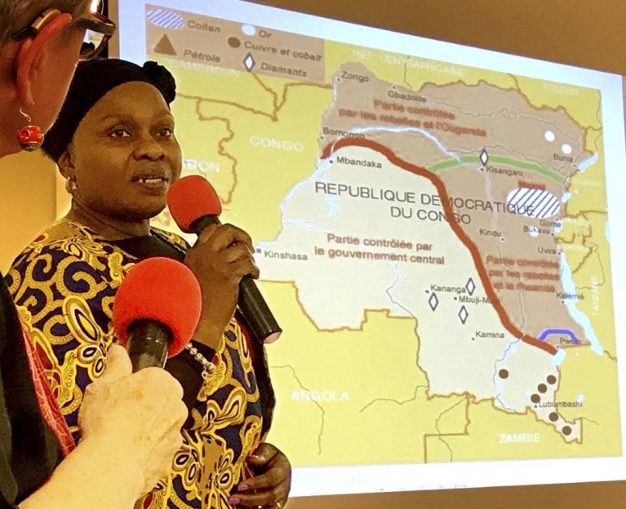 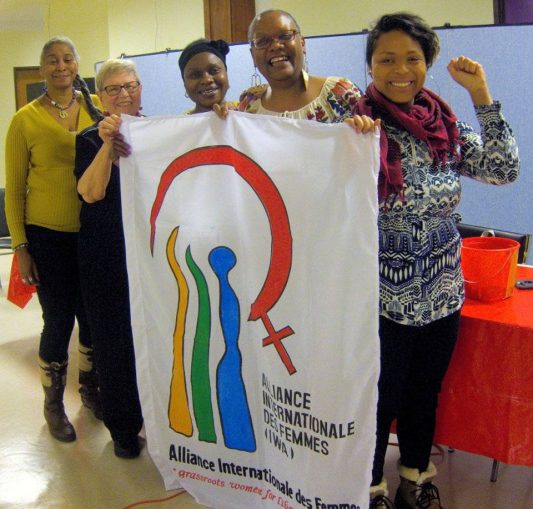 Marie-Claude Manga, social worker, pastor and fighter for the rights of oppressed women, brought the story of the plight of women in her original home, the Democratic Republic of the Congo, to a meeting here on Dec. 16, along with the story of their struggle.

Her presentation focused on what the women were able to accomplish in their day-to-day work with the aid of women’s organizations on an international scale.

The DRC is an enormous country of 900,000 square miles, with extensive mineral resources, inhabited by 87 million people and governed by a weak central authority that leaves its mineral wealth up for grabs by armed forces in the service of transnational corporations.

“The DRC is a real geological scandal,” she said. “Its subsoil is full of minerals of all kinds. Every day, huge amounts of these minerals are mined and sold around the world by Western and Eastern transnational corporations. These mining regions are regions of endless wars.”

Manga pointed out: “Militias are formed and supported by ‘invisible hands’ (actually by transnational corporations with economic interests) to maintain a level of insecurity and especially to discourage all those who might try to put an end to this crisis.

“The endless armed conflicts that have plagued eastern DRC for 20 years, which have left millions dead and displaced, which have caused an unprecedented humanitarian disaster, are closely linked to the exploitation of mineral resources, particularly the mineral called coltan, a black or red-brown ore from which niobium and tantalum are extracted.” Coltan is an essential component in computers and cellular phones.

Manga explained how “rape is used as a weapon of war, a weapon of mass destruction. I call it this because socially and culturally the woman is the nurturer of the community and the guarantor of its values. To attack a woman in this way is to destroy her integrity and, through that, to destroy the structure of the entire community.”

Manga visited parts of the DRC where mining was being carried out in June 2013. On that trip, she met and got to know “children who worked in mines and escaped” and “women and girls who had been torn from their parents, from their families, to be turned into sex slaves.”

After meeting and working closely with women in the DRC who were determined to keep on fighting for their rights, whatever the consequences, Marie-Claude Manga decided she would have to work on their behalf. She would bring their story to others around the world.

The meeting was organized by the International Working Women’s Day Coalition and the International Women’s Alliance. Others on the panel included Vijou Bryant of GABRIELA New York, who chaired; Monica Moorehead, who presented Manga with gifts; Brenda Stokely, who linked the struggle against sexual exploitation abroad to current events in the U.S.; and Paddy Colligan, who translated the speaker’s remarks from French to English.