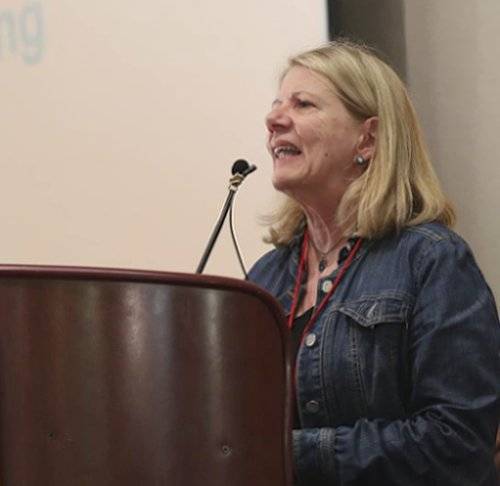 It might be helpful to look at the question of working-class and mass organizing through the lens of the centennial of the Bolshevik Revolution and the anniversary of the assassination of Che Guevara.

In the case of the Bolshevik Revolution, there is hardly a way of discussing it without referring to Lenin’s leadership.

I think a large number of the comrades and friends are familiar with Lenin’s theoretical contributions on imperialism and the national question even if they haven’t had a chance to study them in detail.

What has to be understood is that the theoretical works produced by Lenin were written in the heat of battle, even in exile. There was nothing professorial about them.  Lenin wrote as a means to intervene in the struggle, regardless of its stage or development.  He was without a doubt a giant theoretician.

On the other hand, there is less discussion of Lenin’s role as the organizer of the Bolshevik party. Everyone knows he was its proponent and architect — but he was also its organizer — rolling up his sleeves, working in the trenches, encouraging and building cadre and, when needed, even arguing with his own party.

Lenin, Che and the working class

But the aspect of Lenin which characterizes the Bolshevik Party as a whole that is important for this report is this:

Lenin paid immense attention to, and developed an unparalleled understanding of, the working class and peasants of Czarist Russia.

This could not have happened if the Bolsheviks were not deeply engaged in the struggles of the masses and had not recruited workers into the ranks of their party.

Krupskaya, his companion, who was a revolutionary and leader in her own right, wrote about how feverishly Lenin, even in exile, followed every detail of what was happening in the working-class struggle. It literally made him sick if he was unable to get the needed news and feedback from those who were on the front lines inside of Russia.

All of this preparation preceded and prepared the ground for the great October Revolution. Without this work, without the building of the Party, a great revolutionary development might have been missed or delayed.

What were the rallying call and demands of the Bolshevik Revolution?

The Russian bourgeoisie of 1905 had neither the will nor the ability as defenders of private property to fulfill these rather straightforward demands.

The workers in the cities wanted power!

Revolutions, uprisings and insurrections are perhaps the most democratic expression of the will of the mass of people. As Marxists, we recognize this.

Perhaps most are familiar with Che Guevara’s poignant story of how he and his troops were forced to kill their beloved puppy to keep the enemy from detecting them.

But there is another story that we should familiarize ourselves with. This is how Comandante Che insisted not only on teaching political theory to the peasants and workers in the mountains of Cuba, but also on requiring literacy as a prerequisite for participating in the guerilla army. He had the confidence in the poorest of the poor in Cuba.

This story shines light on the Che quote referenced many times, his statement that revolutionaries are guided by great feelings of love.

I’m positive that the love Che refers to is not the ridiculous Hallmark-card version of love, but rather the deeper sentiment of concern, service and care for the people which involves action and sacrifice — the kind of action that Che took in teaching peasants to read and write.

I’m convinced that this work was not without huge frustrations. Many of those who deeply hated the Batista regime came into the struggle with backward ideas, including anti-communism. There were a lot of rumors that “Che was a rotten evil communist.”

They came with the prejudices that are the stamp of the old society.

Our party takes a page from the Bolsheviks

Our party has an amazing history guided by our founding leaders: Sam Marcy, Vince Copeland, Dorothy Ballan and others.  Sam continuously insisted that the party turn its face to the workers and that it had to particularly recruit and defend the oppressed communities.

The All Peoples Congress, which was convened in Detroit on October 18, 1981, in response to the crisis of Reaganism, was the conception of Marcy and was characteristic of many of Sam’s tactics and strategies.

The APC was different from other mass organizations, which may in a sense remain static, whether doing good work or not.  The All Peoples Congress was different in that it was developed to enable the working class and the poor to intervene in the particular crisis that existed during that period.

The APC was, in essence, conceived to become an instrument of power for the workers who were beginning to suffer an avalanche of attacks following the Reagan election. The 2,000 plus delegates who convened this congress called for “Days of Resistance” and called for assemblies everywhere. In a very modest way it borrowed its conception from the early Soviets.

I want to end with two urgent appeals: One is immediate, a continuation of the political discussion at our recent plenum on the crisis of the Trump regime and the Democratic Party and the dangers for the working class.

It’s a given that if an imperialist war breaks out against the Democratic People’s Republic of Korea or anywhere else in the world — that all of our attention would have to be immediately refocused.

But here’s the danger: If the bourgeois state takes Trump out and the mass of people both young and old are left out of the equation — it will benefit the far right and the fascists.

We cannot allow the fight against Trump to be co-opted by the Democratic Party. Instead of the sickening, mind-numbing attacks on Russia which have done nothing but sideline the masses, the fight instead must be against white supremacy; against the wave of anti-immigrant attacks; about health care; about women, LGBTQ and trans rights; and about the general misery and state of affairs for the working class. The fight should be to turn the lights back on in Puerto Rico!

The second appeal: There is a capitalist economic crisis that is brewing that will most undoubtedly be deeper than the crisis in 2007.  We need to prepare ourselves!

The worst thing I believe we could do is look at the current state of the broad working-class movement and not step back to see how temporary the present situation is. We must understand how quickly and deeply things could turn in a direction that is favorable for revolutionary socialists.

We need to redouble our efforts to recruit workers and the oppressed, and at the same time participate in each and every struggle that we are capable of so that we can learn, prepare and look for every avenue possible to intervene — whether we succeed or make mistakes — to direct the working class against capitalism and towards the fight for revolutionary socialism. We must take a page from the Bolsheviks on this!

In turning ourselves toward these tasks, toward building our Party and toward the working class, which is now global in character, we have to exhibit the same ethical practice and optimistic confidence that both Comandante Che and Fidel had for the people.

Workers and oppressed of the world unite!