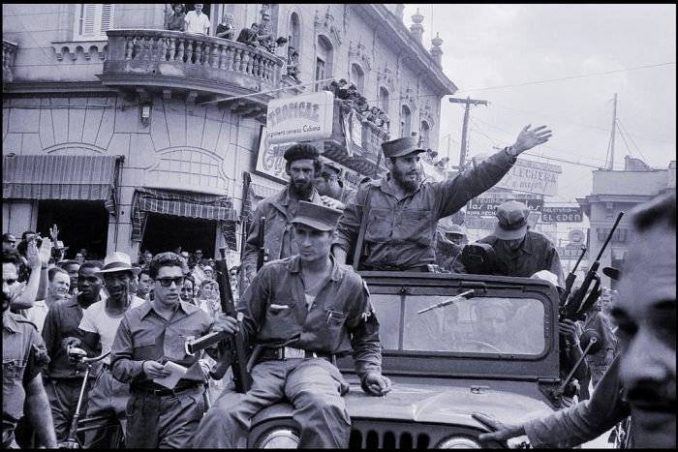 We mourn his loss. We remember, we celebrate and we seek to emulate his revolutionary life and leader­ship. Fidel lifted the banner of socialist revolution on April 16, 1961, at the funeral for the martyrs of the bombing that preceded the Bay of Pigs invasion of Cuba by the U.S. To an assembled crowd, which was armed, Fidel said:

“We defend that socialist revolution with the same courage with which our antiaircraft artillery force riddled the attacking planes with bullets yesterday! We do not defend it with mercenaries; we defend it with the men and women of our people!

“Is it the millionaires who have the weapons?” (Shouts of “No!”)

“Is it the children of the rich who have the weapons?”
(Shouts of “No!”)

“Who has the weapons?” (Shouts of “The Cuban people!”)

“Whose hands are those raising those weapons?”
(Shouts of “The people!”)

“Are they the hands of the exploiters?” (Shouts of “No!”)

“Whose hands are those raising those weapons?”
(Shouts of “The people!”)

“And who makes up the majority of the people, the millionaires or the workers?” (Shouts of “The workers!”)

“The privileged or the humble?” (Shouts of “The humble!”)

“Are the privileged the minority?” (Shouts of “Yes!”)

“Is a revolution democratic when it is the humble who have the weapons?” (Shouts of “Yes!”)

“Comrades, workers and peasants: This is the socialist and democratic revolution of the humble, by the humble and
for the humble!”
(Applause and shouts of “Long live the Commander in Chief!”)

These words were included in the speech delivered by ­Commander in Chief Fidel Castro Ruz in Havana on April 16, 2001, on the 40th anniversary of the proclamation of the­
socialist nature of the Cuban Revolution.