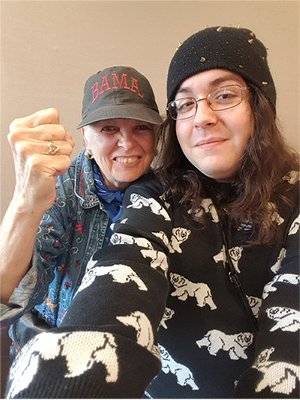 This talk was presented on Nov. 18 at the 2017 Workers World Party conference in Newark, N.J.

Perhaps it is no coincidence that I was finishing this talk for the conference on Nov. 15. Today marks the third anniversary of WWP comrade and transgender revolutionary communist Leslie Feinberg’s untimely death.

In the last section of Leslie’s 1992 publication, “Transgender Liberation: A Movement Whose Time Has Come,” Leslie closes out with these words:

“The institutionalized bigotry and oppression we face today have not always existed. They arose with the division of society into exploiter and exploited. Divide-and-conquer tactics have allowed the slave-owners, feudal landlords and corporate ruling classes to keep for themselves the lion’s share of wealth created by the laboring class. Like racism and all forms of prejudice, bigotry toward transgender people is a deadly carcinogen. We are pitted against each other in order to keep us from seeing each other as allies.

“Genuine bonds of solidarity can be forged between people who respect each other’s differences and are willing to fight their enemy together. We are the class that does the work of the world, and can revolutionize it. We can win true liberation. The struggle against intolerable conditions is on the rise around the world. And the militant role of transgender women, men and youths in today’s fightback movement is already helping to shape the future.”

Among these services are emergency housing, payment allocations for HRT (hormone replacement therapy), food and transportation. We are the only organization in the area that handles these types of situations. We do not receive any federal assistance. This need for basic supplies for transgender people was born out of the material oppression of transgender people — the majority of transgender people are working class, poor, and all are oppressed.

Putting this into historical context, we understand that in prefeudal times, queer and trans identity was not only accepted, but often celebrated. Then, with the creation of private property, with the seizing and sectioning off of previously communal, public land by ruling-class families, the oppression of queer and transgender people began.

Homosexuality or any sexual leanings away from “heterosexual sex only for reproductive reasons” was seen as a threat to land inheritance and thus to the continuation of private property. Because of this, trans people began to be demonized and shamed, and homosexual people began to be heavily persecuted.

Thus began the system of exploitation by the white, European ruling class that continued throughout the centuries until the colonization of the so-called “New World” and the subsequent slaughter of the Indigenous people, who celebrated gender variance with identities such as Two-Spirit. This is the connection between white supremacy and queer/transgender oppression.

Therefore, the wild accusations that Marxist-Leninists are putting “identity politics over everything” are just that: Wild. False. While it is true that focusing too deeply on a single identity in terms of political struggle can put us onto an incorrect path toward liberalism, we must also look at how each of these oppressed identities interact and intersect with each other and apply those insights to the struggles of the working class.

And, yes, queer and trans people fit into every sector of oppression, but these are not the only sectors that intersect and overlap. Black and Brown women and undocumented migrants are two other groups that face heavy oppression. To fail to acknowledge any oppressed groups in order to “avoid identity politics” is to willfully deny the historical and material conditions that led to the exploitation and oppression of these groups.

All oppressed and exploited groups must be represented in order for the atrocities of capitalism to be fully destroyed, in order to defeat capitalism and bury it once and for all.

Finally, the exploitation of queer and trans workers must be discussed. Transgender people specifically face high amounts of unemployment and even once in the workforce, face discrimination from both other workers and management. In northwest Florida, we find ourselves assisting transgender people who work, either full or part time, with basic needs such as housing and medication.

This is evidence enough that capitalism is an inefficient and outdated system: full-time workers are still struggling for basic needs. I am presently a full-time worker myself and still struggle to pay monthly rent and bills. I share with a roommate who also works, but only barely, because she is also transgender and is also subjected to anti-trans prejudice in relation to work.

Due to the decline of heavy industry and the replacement of many already low-wage jobs with high-tech equipment, it becomes harder and harder to secure a stable income or to join a union to fight for better working conditions. This is merely another function of capitalism’s inevitable decay and affects trans workers disproportionately to most in the workforce.

As unions, which were created to build solidarity among workers, have declined, the homo/transphobic, divide-and-conquer tactics by the ruling class capitalists have tainted both union organizing and the workplace itself, causing deeper divisions between queer/transgender workers and cisgender/heterosexual workers.

Solidarity among all workers and oppressed peoples must be built with these groups in order for all of us to be liberated — and in order for socialism to be built and maintained.