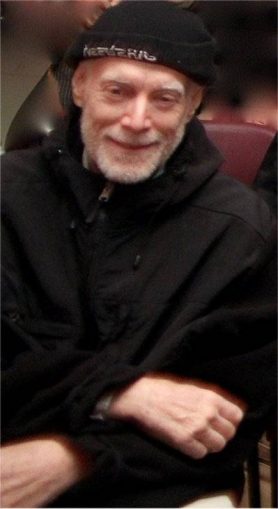 Gill’s political development began when he was in the Army facing, as millions of U.S. youth did in 1969, possible deployment to Vietnam. In the following excerpt from his report to a meeting in New York in October 2013, Gill tells the story of his meeting with The Bond, the monthly newspaper of the anti-war and anti-racist American Servicemen’s Union, a meeting that determined his life from that day on.

“As I walked into the mess hall one day in July 1969 at Walter Reed Army Medical Center in Washington where I was stationed, this GI handed me a copy of The Bond. It was illegal to distribute literature, especially anti-military, anti-war literature on an Army post. I don’t know if he was caught or not, but he defied the Brass’s rules, and I do know that he changed my life and the newspaper changed my life.

“This was a time of gigantic anti-war demonstrations, especially in Washington, and the radical underground newspapers that I and a lot of other GIs and civilians read were around, but The Bond was different. It denounced the military, the Brass, the officers and war. It was electrifying. I immediately joined the American Servicemen’s Union.”

Gill’s story illustrates how The Bond reached tens of thousands of troops during the Vietnam War, even during months when no more than 15,000 copies were printed.

Gill, who worked much of his life as a bicycle messenger and who only rarely spoke during political discussions, revealed through his defiant story that it would have been foolish for anyone to underestimate his understanding of U.S. society or his ability to effectively resist the war machine. He continued:

“I was able to use my position delivering mail in the U.S. Army to make a contribution toward ending the war against Vietnam. I was fortunate enough to have a mailroom to run as an Army postal clerk, first at Walter Reed Army Medical Center in Washington, D.C., and later in Vietnam. This gave me access to the mailing addresses of thousands of GIs in the U.S. and in Vietnam. With the help of the American Servicemen’s Union organizers in New York, I made sure each one of them received a copy of The Bond.

“The Brass must have been upset when they realized that thousands of copies of The Bond were flowing into those military mailrooms. Whether the Brass had their suspicions about me as the source of those Bonds, I don’t know. But then one of my sarcastic and scathing anti-war letters was published on June 4, 1970, in the Washington Post and signed Sgt. Wilton E. Gill, Jr., Walter Reed Army Medical Center, Washington. That was apparently the last straw for the Army. Some 72 hours later, I was handed written orders sending me to Vietnam.

“This served to ‘spread the disease.’ In Vietnam I was attached to an Army Post Office where I had access to far more military names and addresses than in a mere mailroom, and every one of those GIs received his copy of The Bond. And of course these copies were passed around from hand-to-hand at the various military bases, including the famous Fire Base Pace on the Cambodian border. That’s where I regularly flew in a cargo plane to deliver the mail, including copies of The Bond.

“I did not always immediately see the impact of this work. However, when I got back to the states and got my discharge and was staying with my parents that first month in October 1971, we all watched the lead story on the CBS Evening News with Walter Cronkite about a mass mutiny at Fire Base Pace, where dozens of GIs refused orders to go out on patrol.”

When Gill left the U.S. Army, he moved to New York City to work with the ASU and later with WWP. Until the fall of 2016, at the age some people retire from their day jobs, Gill was still participating in anti-racist and anti-war activities and organizing support for workers’ struggles. Building on his experience with The Bond, for decades Gill took Workers World newspapers with him on his messenger route, getting them around New York City.

Mourned by his family and his comrades, Gill played a vital role in the GI movement against the war and in organizing for a socialist future. His contributions live on.