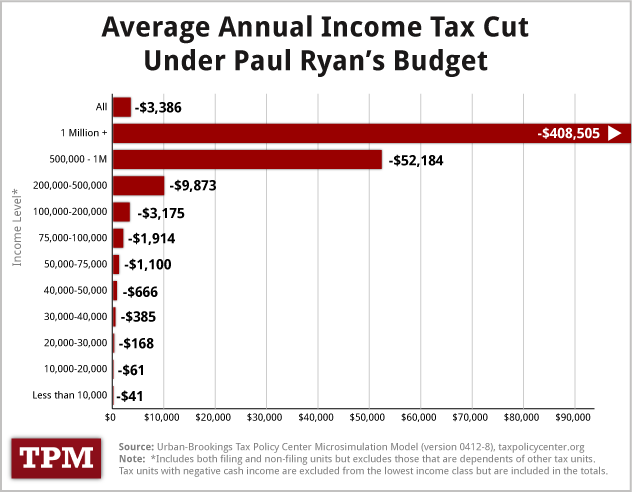 “The only things one can be sure of regarding whatever it is that the Republican congressional majorities come up with for a tax plan is that it will shove more of the nation’s wealth upwards, that the math will be mostly magical thinking, and that there will be various strategies employed to keep the country from noticing these first two characteristics.” (Esquire, Nov. 1, 2017)

Announcing the proposed tax plan, House Speaker Paul Ryan tried to appeal to working families, claiming the average family would have over a $1,000 savings yearly. His argument was nonsense.

“The tax cut definitely dissipates over time,” David Kamin, a tax and budget specialist at the New York University law school, told PolitiFact. (Nov. 3, 2017) Based on Kamin’s calculations, the initial tax cut for a family with an income of $59,000 will turn into a $500 tax increase by 2024 compared to the current tax law.

Running the math on these claims reveals exactly what the top priority is in the House Republican tax bill: corporate tax cuts, not tax cuts for working  families.

As the bill is written, even the poster family that Paul Ryan handpicked to support the bill would lose out by year 10. ( Vox, Nov. 3, 2017)

The new bill will also change taxation on 401K retirement plans, which many workers are forced to participate in. “In essence, it would raise taxes on middle-class retirement savers to fund tax cuts for the wealthy,” Seth  Harris, the former acting secretary and deputy secretary of Labor in the Obama administration told CNBC on Oct. 25.

Tax breaks for the rich

Who will benefit? The new law would cut the corporate tax rate from 35 to 20 percent; allow corporations to expense their capital investments immediately; set a new rate of 25 percent for so-called pass-through businesses, such as partnerships and sole proprietorships; and allow multinational corporations to repatriate, at a low tax rate, trillions of dollars they are holding abroad.

The primary beneficiaries will be members of the corporate class — the people who occupy senior positions in corporations and own most of the corporate wealth in the country. (New Yorker, Oct. 20)

Who does Paul Ryan represent?

A longtime Wisconsin organizer for the people’s movement told Workers World that Ryan used Jim Crow racist economic populism to get elected. There used to be thousands of union workers at auto plants in Wisconsin in towns like Janesville, Beloit, Kenosha and Racine (Ryan’s area). Ryan used chauvinist appeals, such as “buy America,” and attacking Mexico, China, etc.

Also, like all racist politicians in Wisconsin, Ryan has consistently used euphemisms and metaphors like “urban” or “crime ridden” when referring to  Milwaukee, a majority Black and Brown city, to create division with workers from other communities destroyed by capitalism.

The Bradley Foundation, the American Legislative Exchange Council, the Koch brothers and especially the bankers, groomed Ryan and his Wisconsin cronies. Ryan is also anti-immigrant, a real enemy of the people. Like Wisconsin Gov. Scott Walker, who led the attack on Wisconsin public workers’ unions, Ryan too was groomed by some of the most virulent capitalist vultures such as the Bradley Foundation.

Ryan is a big fan of the late, reactionary author Ayn Rand, too.  Like Walker, he’s a tool of the capitalist-imperialists, and very dangerous, especially when it comes to federal programs like Medicare, Medicaid and Social Security, and women’s and LGBTQ rights, and union rights. He also supports U.S. imperialist foreign policy and wars.

Anti-racist youth, workers, environmental justice advocates and anti-war, LGBTQ activists are coming together across the country to resist the austerity measures these tax changes will bring. To use a process known as reconciliation, which prevents a filibuster in the Senate, the Republicans recently agreed to a budget that included a tax cut that would add $1.5 trillion to the deficit. “In other words they replaced tax reform with tax cuts.” (New Yorker, Sept. 28)

We know who they want to pay for this deficit. Not the Pentagon, whose budget keeps expanding. Congress will try to impose the cuts on poor women and children, food programs, the elderly and the disabled, the most vulnerable in society.

But a people’s movement is brewing, as the bottom rises to the top. This movement will not stand by as they destroy the environment and deny the most basic rights to food, health care, education, clean water and healthy air.  The people will build a movement of the workers and oppressed to expose the failure of capitalism to meet human needs.