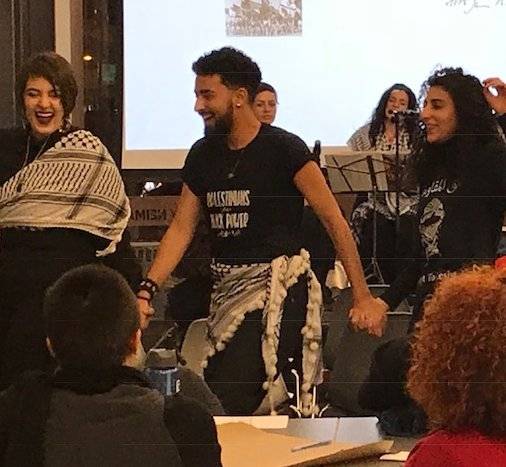 Chicago, Nov. 2. — Members of Students for Justice in Palestine at the School of the Art Institute of Chicago celebrated today with music on the oud and traditional dabke dance. This was prior to a panel examination of the colonizing role played by the Balfour Declaration — which Britain issued on Nov. 2, 1917 — that gave the endorsement of a major imperialist power to the Zionist project by pledging to establish “a national home for the Jewish people” in Palestine.

Balfour’s impact was calamitous for the indigenous Palestinian people, most of whom were subsequently expelled from their homeland, especially after Israel was established in 1948. Speakers related the background of the Balfour Declaration, its role in the establishment of Israel, the decades of suffering for the Palestinians that ensued, along with the determined resistance the Palestinian people continue to wage.