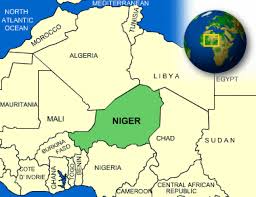 There has been no substantive discussion within the United States corporate and government-controlled media as to why Washington is escalating its presence in the West African state of Niger.

News reports about the deaths of four U.S. Green Berets are exclusively centered on the notions of “a war on terrorism,” which is now reaching the African continent. Subsequently, the controversy moved into a series of allegations about what was said during a phone call by President Donald Trump to the family of the African-American soldier killed, 25-year-old Sgt. La David Johnson.

White House Chief of Staff Gen. John Kelly defended Trump, claiming the head-of-state acted appropriately in his statements to Myeisha Johnson, the deceased soldier’s widow. Trump later insulted Congresswoman Frederica Smith Wilson of Florida after she accused him of being insensitive and insincere in his dealings with the Johnson family.

Yet the overarching question that was never raised was: Why should an African American be gunned down in his ancestral homeland while conducting military operations for the U.S. government? Also, why are African-American politicians in Congress not challenging the imperialist militarism of successive administrations in Africa, which has been disastrous for both the peoples of the continent and those in the U.S.?

This incident occurred amid rising racial tensions within the U.S., where Trump has spoken derogatorily about professional football players who kneel during the national anthem as a protest action against the arbitrary killings of African Americans by police and vigilantes. The use of lethal force against oppressed peoples in the U.S. routinely goes unpunished, providing incentives from the law-enforcement and judicial systems to continue this same process of racially motivated state sponsored and condoned violence.

The situation now prevailing in the U.S. serves as a moral basis for the justifiable nonparticipation by African Americans and other people of conscience in Pentagon military operations in Africa and other geopolitical regions. The escalation of military invasions and occupation has only worsened the social conditions facing nationally oppressed communities and working people since the beginning of this century.

The role of Pentagon troops in Niger is part and parcel of the U.S. Africa Command’s (Africom) strategy to dominate the continent on behalf of Wall Street’s financial interests. Formed in early 2008 under George W. Bush’s administration, Africom was expanded during President Barack Obama’s terms.

As its first full-blown operation, Africom coordinated the air and ground war against the people of Libya in 2011, where thousands of sorties were flown which dropped bombs on infrastructural and residential sites.  This aerial bombardment resulted in the deaths and injuries of tens of thousands of people, dislocated millions and created the most unstable state in the region. The situation in Libya remains mired in humanitarian crises with thousands of people being trafficked through the country across the Mediterranean Sea every month.

In the aftermath of the deaths of the U.S. soldiers in Niger, the Pentagon has revealed some aspects of its military presence in the country. The Trump administration says its main preoccupation is with curtailing so-called “Islamic terrorism.”  However, these same “extremist” groups have been enhanced, armed, trained and coordinated in Libya, Syria, Yemen and other countries experiencing similar imperialist-engineered military conflicts.

Framing the Pentagon’s position to the U.S. public

As far as the Pentagon’s official position is concerned, an article published on Oct. 26 in Bloomberg provides a rationale for Africom’s operations in Niger and throughout the West Africa region. Under the guise of needing to stop spreading “jihadist” violence by a host of organizations that are ostensibly influenced by al-Qaida and the Islamic State of Iraq and Syria (ISIS), the Pentagon is priming people in the U.S. for yet another long-term campaign on the African continent.

The Bloomberg report says: “If there is anything to be gained from President Donald Trump’s disgraceful attack on the credibility of the widow of a U.S. Special Forces soldier killed in Niger, it’s that Americans are finally becoming aware of the expanding U.S. mission against extremist violence now spreading across the Sahel region of Africa.”

The article continues: “As Joint Chiefs of Staff Chairman Joseph Dunford explained Monday [Oct. 23], the role of the U.S. military over the last decade has been critical: helping local nations defeat a variety of armed threats. These include affiliates of al-Qaida and Islamic State, local extremist groups such as Boko Haram, traffickers in migrants and arms, criminal syndicates and tribal rebels. These groups have different aims but often work together. Their impact extends beyond Africa, to the wars of the Middle East and the immigration politics of Europe. And with the Islamic State nearly wiped out in Iraq and Syria, it will likely shift much of its focus to Africa.”

These are the same tired arguments that have been repeatedly used since the beginning of the U.S. invasion and occupation of Afghanistan in 2001. Nonetheless, U.S. and NATO forces remain in the Central Asian state while Trump recently announced that more troops would be deployed there.

After 16 years in Afghanistan and Pakistan, the “terrorism” which has been the reason for the U.S. occupation’s existence, remains. Therefore, this purported “war on terrorism” can only be judged as an absolute failure.

The same Bloomberg post instructs the U.S. Congress on how it should approach this present danger in Africa: “Congress can do its part by passing a new war authorization to avoid mission creep and give a strong legal basis for counterterrorism operations far away from the original battlefields in Afghanistan and Iraq. Eventually, the facts on the ill-fated Niger mission will come out, just as Trump will eventually lose interest in his feud with Sgt. La David Johnson’s widow. Ideally, both the Pentagon and the president will incorporate what they’ve learned into better strategies. But there’s no need to wait to address the danger of increasing extremism in Africa.”

What is most striking about these words is their lack of creativity. U.S. strategic thinking is apparently a “cut-and-paste” approach where older and discredited postulations related to military policy are periodically recycled.

Niger is the world’s fourth largest producer of uranium, a key component in nuclear technology, particularly for weaponry. Uranium resources are largely controlled by France, which colonized the territory beginning in the late 19th century during “the scramble for Africa.”

French military forces declared a war of conquest against the people of Niger in the late 1890s, but were met with fierce resistance by the traditional non-Islamic Azna people of the Hausa who were led by their queen, Sarraounia. After retreating into the forests amid heavy weapons bombardment by the French military in its Voulet-Chanoine mission at the Battle of Lougou, Sarraounia and her fighters continued a guerrilla warfare campaign against Paris for many years. Warrior-queen Sarraounia was never captured by the colonizers.

Areva, the French firm which coordinates uranium mining in the country, has a vested interest in maintaining its neocolonial control over Niger. The country gained its independence in 1960. However, it remained within France’s political and economic sphere.

President Mahamadou Issoufou, the current leader of Niger, took power after a protracted political struggle in 2011. He inherited a country devastated by neocolonial plunder, which had resulted in enormous debt to the International Monetary Fund and other Western-based financial institutions.

Niger is heavily reliant on the assistance of international finance capital. Consequently, the state is prone to economic, political and military interference by both Paris and Washington.

The U.S. is building drone stations in Niger while cooperating with France in its military operations. The Economist magazine has described Issoufou as a close friend of the West.

Therefore, as is the case in other African states, the continuing dependence on the West is at the source of the contemporary crisis. African states will never enjoy genuine independence and sovereignty until the people take control of the natural resources, land and their government’s military apparatus.

This article first appeared at newsghana.com on Oct. 27.