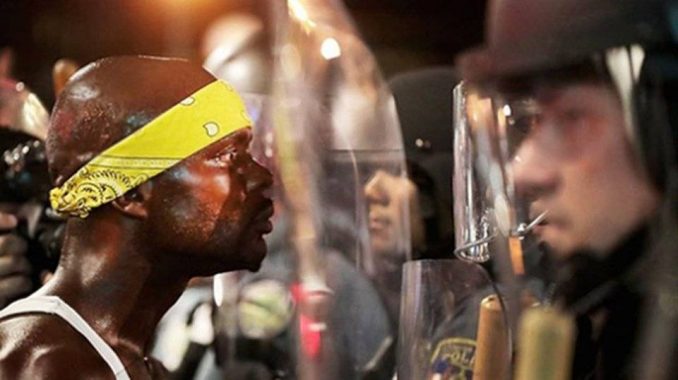 One hundred days of angry, passionate protests in St. Louis are impacting the city’s economy and raising criticism of the cops’ use of excessive force. Protests were sparked by the Sept. 15 not-guilty verdict acquitting Jason Stockley, a white former police officer, in the fatal shooting of Anthony Lamar Smith, who was Black.

Daily demonstrations have cost the city over $3 million in police overtime; major concerts have been canceled; grocery stores and malls have had temporary closures; tourists are afraid to visit the city; and the hope for winning the bid as home to the new Amazon headquarters is in jeopardy.

Protesters are committed to continue demonstrations for at least 100 days.

Some of the demonstration leaders were involved in the nearby Ferguson uprisings. They are evolving their organizing strategy by using the element of surprise to throw off the police and by live-streaming demonstrations online. They are organizing protests that cause economic disruption, especially in white neighborhoods.

“We are bringing it to the doors of people who do not have to live this life and just giving that little bit of uncomfortableness,” said LaShell Eikerenkoetter, a protest leader who is Black. “Now you understand what we as Black folks feel and why we are out here.” (New York Times, 10/26)

A suit against the city of St. Louis filed by the American Civil Liberties Union says police used excessive force on Sept, 17, when they pepper sprayed and maced crowds without warning, struck or pepper sprayed people after they were in handcuffs or pushed to the ground, and targeted those taking pictures of police. Police also used the “kettle” to indiscriminately capture and arrest over 100 of the 300 people they have taken into custody. Among those arrested were an undercover cop, an Air Force officer, a medical student and several journalists.

St. Louis has a 300-year-old history rooted in slavery and vicious racism. As a major port city along the Mississippi River, it was at the center of slave trade. In 1719, Philippe Renault brought the first 500 kidnapped and enslaved people from the French colony of Haiti to be sold on the auction block outside the old St. Louis courthouse. In the 1790s, people held in slavery made up one-third of the town’s 900 residents. Slave patrols — forerunners of today’s police force — operated throughout the city, constantly on the lookout for runaways or enslaved people who were resisting. After visiting St. Louis, Army Capt. Amos Stoddard noted in 1804 that “[the owners] were habitually cruel to their slaves.” (Scott K. Williams, “Slavery in St. Louis,” tinyurl.com/qc5yo)

Journalism organizations objecting to the arrests of over 10 journalists have sent a letter to St. Louis Mayor Lyda Krewson criticizing the excessive force used by police on reporters, including pepper spray in the face. Leaders of 17 media advocacy groups signed the letter, including the American Society of News Editors, the Associated Press Media Editors and the Society of Professional Journalists.

Krewson has been forced to criticize interim police chief Lawrence O’Toole and call his remarks inflammatory. She called for an independent investigation into accusations of police brutality. She was critical of cops mimicking a chant that protesters were using: “Whose streets? Our streets!” which Chief O’Toole defended, saying police had “owned” that night.

Now the “bad press” of protest is putting a potential $13 million in pay raises for city police in jeopardy. That’s a potential $6,000 increase per cop. The decision rests on the outcome of a tax bill before St. Louis voters on Nov. 7.

In spite of her criticism, Mayor Krewson has not met protesters’ demands to replace Chief O’Toole, who is white.