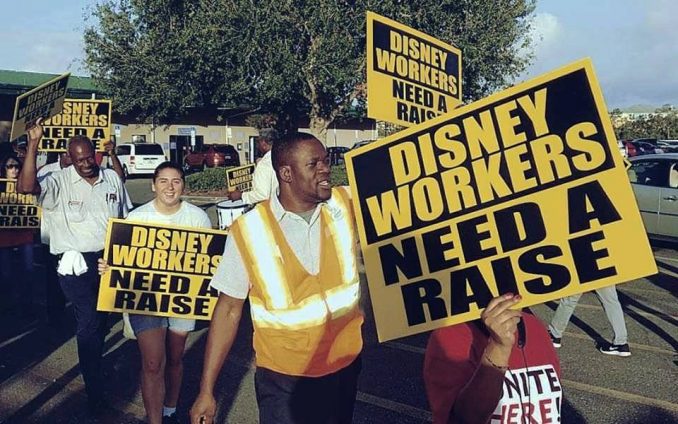 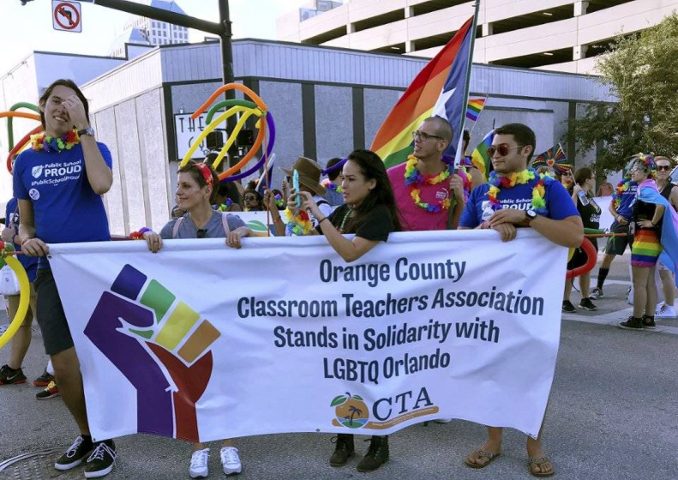 Orlando, Fla. — Thousands attended the “Come Out With Pride” march here on Oct. 14, an annual event that has become one of the largest Pride festivals in Florida, celebrating lesbian, gay, bisexual, trans and queer lives. The date aligns with National Coming Out Day on Oct. 11 and the month of October as National LGBTQ History Month.

Organizers of the march included UNITE HERE Central Florida Locals 362 and 737. UNITE HERE has been a groundbreaker in securing equal protections for its LGBTQ members at work — union protections that exist in places where no state or federal laws afford LGBTQ people equal rights at work.

A UNITE HERE Central Florida statement rallied support: “March with us, Orlando, in our quest for fair and equal treatment of all individuals! We are stronger together than alone when combating wealthy individuals and corporations who stand in the way of us achieving full civil and economic equality.”

The march and parade through downtown Orlando and around Lake Eola were used to organize for an Oct. 19 “Rally for a Raise!” in support of workers at Walt Disney World Resort, who are in struggle for a living wage.

During the march, hundreds of flyers were distributed in support of anti-racist actions by people in Durham, N.C. Led by Queer People of Color, a group of people who succeeded in toppling a Confederate statue and protesting the Ku Klux Klan are now facing felony riot charges for their courageous actions. The flyer, titled “An injury to one is an injury to All — Defend the movement against white supremacy!” was enthusiastically received by marchers.