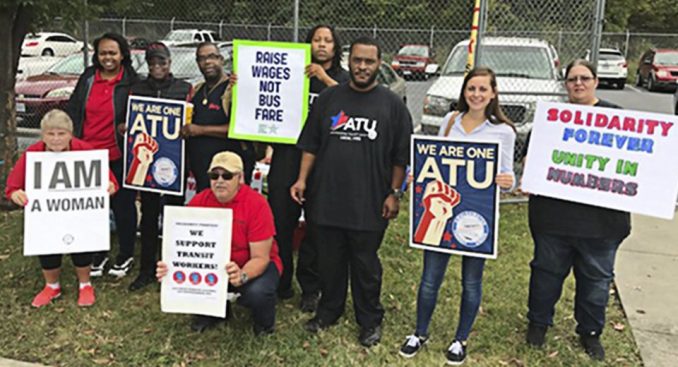 Workers at RADAR ParaTransit and their supporters joined together Oct. 10 in Roanoke, Va., for an informational picket line at company headquarters. Transportation services provided by the workers are primarily for older people and people with disabilities.

The nonunion transit drivers at RADAR, a private company, are working to win union recognition with Amalgamated Transit Union Local 1493.

The RADAR drivers held their first all-day informational picket on Sept. 26. The second all-day picket on Oct. 10 grew to include supporters from all across southwestern and central Virginia, as well as Local 1493 members from Greensboro, N.C.

Other supporters joining the lines at multiple locations outside the RADAR company headquarters included members and staff of the Communication Workers union, the Roanoke Peoples’ Power Network, the Virginia AFL-CIO and a variety of other labor and community supporters.