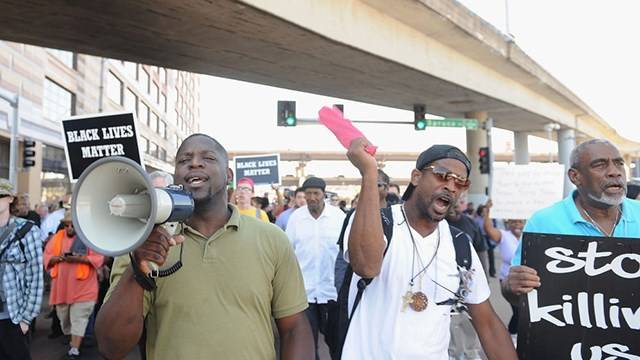 Protests against racism and police murders are continuing in St. Louis nearly a month after the first outpouring of the Black community and its supporters in mid-September.

Hundreds of people blocked four lanes of heavy traffic on Interstate 64 on Oct. 3 as part of a “100 Days for Justice” campaign. Police “kettled” (surrounded) the crowd, ordered them to back up, forced them to the ground and then indiscriminately arrested 143 people, including reporters, legal observers, clergy and at least one elected official.

More than 300 people have been arrested in nonstop protests since Sept. 15 when a not-guilty verdict was announced for Jason Stockley, a white cop who had fatally shot 24-year-old Anthony Lamar Smith in 2011. A white judge acquitted Stockley, who had rejected a trial by jury.

Human rights groups and community activists have criticized the brutal force and indiscriminate arrests by St. Louis police. Missouri state Rep. Bruce Franks, who represents St. Louis, has challenged the police, asking how they expected demonstrators to back up, since they were surrounded and had nowhere to go.

The American Civil Liberties Union is suing St. Louis police for “unlawful and unconstitutional actions” against demonstrators. The suit charges cops with overusing chemicals on the crowd without warning and preventing people from filming the cops while they are kettling and violating people’s rights.