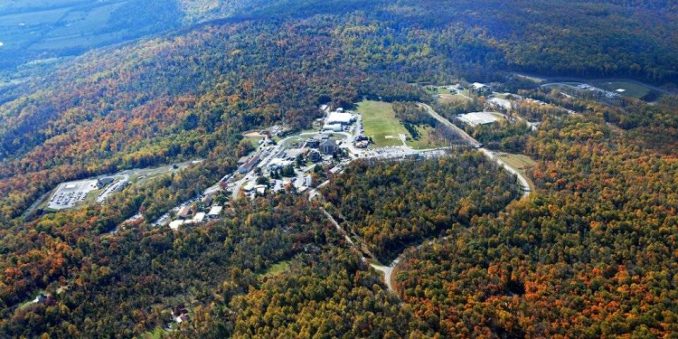 First came the devastation of hurricanes Harvey in Houston and Irma in Florida. Now, an even more terrible disaster is unfolding in the U.S. territories of Puerto Rico and the Virgin Islands in the aftermath of Hurricane Maria. And all in little more than one month.

And these are just the areas ruled by the United States. Many other nations in the Caribbean have been hit equally hard.

The U.S. has the biggest, most expensive state apparatus in the world. There is a government body supposedly prepared to handle disasters — the Federal Emergency Management Agency. It failed in 2005 after Hurricane Katrina hit New Orleans. It’s had 12 more years to get its act together. Why hasn’t it?

The truth is that FEMA was never set up to mitigate the effects of natural ­disasters.

It was originally a super-secret agency tasked with providing a safe place for the evacuation of the U.S. government in the event of a nuclear war.

And that is still a large part of FEMA’s budget, according to a very detailed expose of the agency, “The Secret History of FEMA,” by Garrett M. Graffe. (Wired, Sept. 3)

Tool of the Cold War

Originally set up under President Harry Truman as the Federal Civil Defense Administration, it was renamed in 1979 and eventually wound up as part of the Department of Homeland Security in 2003. Its secret plans for “continuity of government” were to be downplayed once it became responsible for dealing with natural disasters.

However, “The majority of its funding and a third of its workforce was actually hidden in the nation’s classified black budget. The agency’s real focus and its real budget was known to only 20 members of Congress.”

FEMA still maintains “a bunker in Virginia’s Blue Ridge Mountains that has served as the civilian government’s primary emergency hideaway since the 1950s.” A bunker could sound like a small thing. Not this one.

A small city was built inside Mount Weather, which had been hollowed out for the purpose. Elaborate plans were drawn up for the evacuation of top government officials in the event of a nuclear war. Besides providing shelter for politicians, bureaucrats and military officers, it was used as a center to develop advanced computing.

How they spend their money

FEMA’s Project 908, drawn up in the 1980s, mapped out how to evacuate the major cities of the U.S. It estimated that 65 percent of the people in these cities could be evacuated in one day and 95 percent in three days. The agency distributed films to convince the people that they would be protected if a nuclear war began.

While the assumptions made were preposterous, they were backed by elaborate documents — one of them was a 152-page plan for evacuating New York. “Each of the five boroughs would rely on different transit modes to evacuate over the course of precisely 3.3 days.”

New Yorkers now going through daily crises just trying to get to work and home via antiquated subways and overcrowded buses can roll their eyes at that one.

With the end of the Cold War, FEMA began losing some of its funding. But the attacks on 9/11 provided the rationale to bulk it up again as part of the Department of Homeland Security. Its emphasis was on “terrorism preparedness,” not natural disasters.

In December 2003, it carried out an exercise code-named QUIET STRENGTH, in which it evacuated 300 of its own employees to Mount Weather.

In May 2004 “a much larger FEMA-led exercise, known as FORWARD CHALLENGE, brought together upward of 2,500 federal officials from 45 different departments and agencies to test emergency preparedness procedures. The exercise began with an imagined suicide bombing on the Washington DC Metro, followed by the death of three Cabinet secretaries leaving an event at the National Press Club. Then hackers began an attack on government computers systems, air traffic control networks, and even the nation’s power grid. That evening, a person playing the president activated continuity of government measures.”

No mention of how much all this cost. That budget, of course, is secret.

The next year, Hurricane Katrina hit New Orleans, and the federal government showed it was entirely unprepared to respond to this major disaster.

Graffe writes that “today, FEMA still spends tens of millions on its continuity programs — the unclassified portion of that budget is around $50 million a year. Mount Weather, whose annual operating costs are more than $30 million a year, is in the midst of what FEMA calls ‘a significant infrastructure upgrade to replace old infrastructure, correct life/safety items, upgrade IT, and develop a more resilient facility capable of supporting 21st century technology and current federal departments and agencies requirements.’”

The “continuity programs” are meant to protect the politicians in the White House and Congress as well as the top military brass in any situation where their ability to rule might be in question.

FEMA is a quasi-civilian agency, but it is totally integrated with the military. When disaster strikes, there is no real civilian infrastructure to deal with the deadly consequences.

By contrast, in a socialist country like Cuba the people are organized block-by-block to help one another when another hurricane rips through, and the government provides transportation to evacuate those along the coast.

But the workers and poor in affected areas of the U.S. are on their own to either evacuate or hunker down in a fierce storm. State governors may tell people to leave their homes, as happened recently in Florida. But how? There is no mechanism in place to make it happen, no training, no martialing of public transportation. The roads become clogged with cars. If you don’t have one, you’re out of luck.

One thing emerges clearly every time disaster strikes here: There are thousands of volunteers who want to help their neighbors. They come out in little boats during floods, or help people find shelter during intense winds. They search for those who may be trapped in their homes or are washed away in a flood.

Instead of aiding such self-organization with material assistance, the local and national authorities focus on protecting the bigwigs and the property of the rich, personal as well as corporate.

The weather systems on our planet have been deeply impacted by capitalist development, which puts profits before anything else. At the same time, great advances in science and technology have provided us with the knowledge and means to plan our economy on a rational basis and put the needs of the people in sync with our environment.

And yet we’re stuck with a social and political system that can plan to evacuate “leaders” like Trump and his ilk, but can’t get water and power to working people in dire need.

As the threats of severe weather grow, the failings of FEMA underscore the need to build a revolutionary movement of the working class and all the oppressed against the billionaire class of exploiters. We must liberate the wealth that our labor has created and use it for the benefit of humanity, not to rescue the warmongering profiteers.