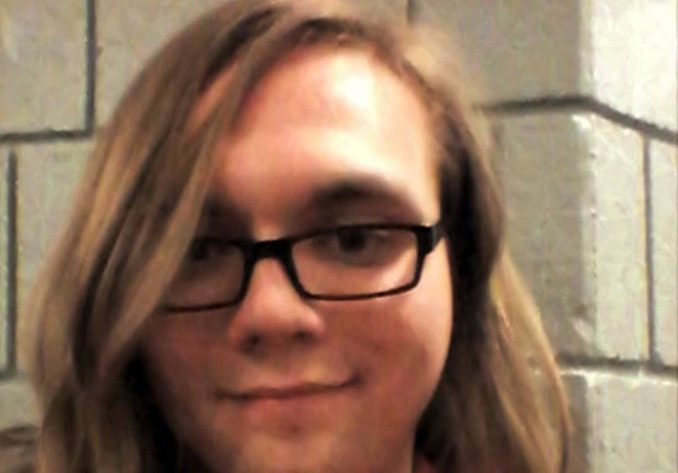 Atlanta, Sept. 20 — Late Saturday night, Sept. 16, the life of 21-year-old Scout Schultz was cut short by a single bullet to the heart by a Georgia Tech campus police officer.

Schultz was a deeply politically conscious activist and president of the LGBTQI Pride Alliance at conservative Georgia Tech University.

Schultz identified as nonbinary and intersex and used “them,” “they” and “their” as personal pronouns.

At an educational institution that has a dual reputation for intense academic competition and fraternity-style hard partying, many students can feel isolated. Gender nonconforming youth particularly feel the sting of disparaging comments and looks.

While Schultz was an accomplished student, a remarkable leader and was much loved and respected, they had suffered from depression and anxiety while trying to handle all the oppressions of their life under capitalism.

It now appears that Schultz called 911 and reported a person with a knife acting strangely, perhaps drunk, in a parking lot near their dorm. The physical description Schultz gave was of themself.

Four campus police responded to the call and came upon Schultz, walking aimlessly in the deserted parking lot. In their hand was a multiuse tool. The tool had a knife blade that was closed.

The video shows police positioned around Schultz, yelling orders to “drop the knife.” As the student turned toward Officer Tyler Beck, standing behind the parking gate arm, some 20 feet away, the officer shot Schultz. Beck says he feared for his life.

On Monday night, Sept. 18, hundreds and hundreds of students, friends, family and community allies attended a very brief and sanitized candlelight vigil for Scout Schultz on the Georgia Tech campus. There was no mention by the speakers that the police had killed Schultz.

With the official ceremony over, out of the darkness came the anguished voices of other LGBTQI students who expressed outrage and anger over Schultz’s murder, the lack of mental health resources on the high-pressure campus, and the overwhelming failure to recognize the needs of LGBTQI students for basic things like bathrooms and dorm assignments. Many called for action; others for love and communication.

A group emerged from the larger crowd with banners reading “Fightback” and “End Police Violence.” After chanting for a while, they determined to march to the campus police station.

As the crowd milled around the area, fireworks went off and flares were lit. When a police car erupted in flames, people scattered and ran, with police in pursuit, and some were tackled to the ground.

Vincent Castillenti, known as a CopWatch activist, 22-year-old Georgia State student Jacob Wilson and Georgia Tech Black transwoman Cassandra Monden were arraigned on Sept. 20 on a variety of felony and misdemeanor charges. Their bonds range from $20,000 to $107,500.

All are barred from the Georgia Tech campus, including Monden, a registered student. Wilson will be fitted for an ankle monitor and is to be confined to his home from 7 p.m. to 7 a.m.

Beck is on paid administrative leave and the GBI is in charge of the investigation to determine whether lethal force was justified.

Georgia Tech president, G.P. “Bud” Peterson, has publicly blamed “outside agitators” for the “violence” and there is a concerted campaign led by the Student Government Association and fraternities to “show love” to the campus police department.

None of these attempts to blunt the outrage over the murder of a mentally distraught student by an armed campus police force can alter the widening struggle against all forms of state repression and oppression.