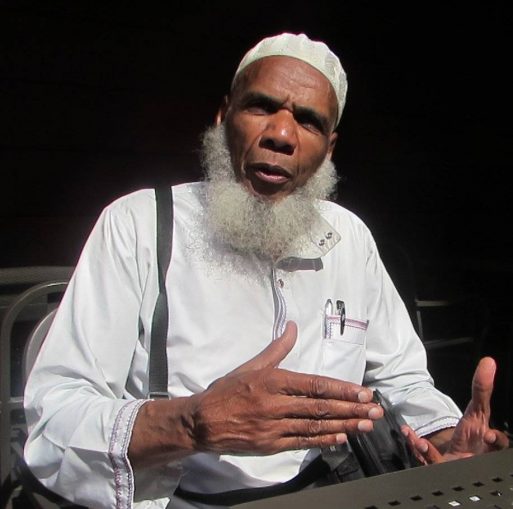 Hepatitis A is desolating San Diego’s homeless population, which is the fourth-largest in the U.S. within a city. The county’s Health and Human Services Agency reported that 16 people have died, and 421 individuals have been sickened by this disease.  It is a viral disease that has symptoms of fever, fatigue, nausea, abdominal pain and sometimes leads to death. It can be treated and its spread prevented.

According to the Hepatitis Health Center, hepatitis A, B and C are distinct viruses that affect the liver. Hepatitis A is caused by drinking contaminated or unclean water, eating shellfish harvested from sewage-contaminated water, or coming into contact with an infected person’s blood, stool or other bodily fluids. In early September, San Diego officials declared a public health emergency in this city because of hepatitis A cases.

Longtime San Diego resident Ibrahim Fardan lives in downtown San Diego and has spent much time observing the huge homeless population in this area and in other parts of San Diego County. Workers World had an opportunity to interview Fardan in Horton Plaza in the city’s downtown area.

Gloria Verdieu: What do you think about this outbreak of hepatitis A in San Diego, which is devastating the homeless population here?

Ibrahim Fardan: Well, they are saying that 16 people have died and over 400 are infected. I think that what the city is doing — putting in handwashing stations, opening up public bathrooms 24 hours a day, putting up a few tents for showers — are things that they should have done a long time ago. They knew this was coming for a long time.  Also, they underestimate the numbers in the homeless population.

GV: Do you think the city of San Diego is doing all that can be done to prevent more cases and prevent the spread of this virus?

IF: They are doing more to harass the homeless. For example, they talk about washing the streets with bleach. I saw them spraying bleach on people’s tents and on their belongings early in the morning without any warning.

Look at this courtyard: It is normally filled with homeless this time of morning, but homeless “monitors” are here whose job is to keep the homeless out. If they see you sitting for too long without buying anything, they come up to you and start asking questions and harassing you until you move on. They are doing more to get rid of the homeless, to make them disappear, than to help them.

GV: Where do they want them to go? Why don’t the homeless go to the shelters to sleep, get food and hang out?

IF: The homeless are being pushed under bridges, into parks under trees, into the bushes and into residential areas where they are not wanted. The city wants the homeless to be invisible, especially to the tourists, because this is supposed to be “America’s finest city.” In some downtown areas,  they are forced into such small spaces that they practically live on top of each other.

Also, you have to qualify to go to the shelters. You just can’t go and take a shower. You have to be registered, and there are a bunch of rules you have to follow to be able to get into a shelter. The police treat all homeless people pretty much the same. I see the police harassing Blacks, Mexicans, migrants and white homeless people. It makes no difference to them what color you are.  So when we speak for the homeless, we must speak for all of them.

Also, what I am starting to notice is that there are more and more homeless youth. Some are students who are attending San Diego State University. I go to SDSU a lot, and I notice many of the students can’t afford housing and they end up homeless.  I was not aware of this.

GV: Is it true that a lot of the homeless are mentally ill or have some psychological issues?

IF: The homeless are the unseen, which causes some of them  to react negatively to their situation. I’ve seen people walk over someone whose face was in a puddle of water on the ground. When people are treated this way, they react to their situation by talking or singing to themselves, and even acting crazy.  Others respond by getting a routine, a daily schedule that includes steps to get themselves out of this situation.

In both cases, as their situations improve or they get into a program where there is hope of regaining their dignity, they begin to act more “normal.” I’ve seen it happen with men, women and youth who found themselves in a homeless situation. Being homeless is a devastating, traumatic experience for most people. It’s like having PTSD [post-traumatic stress disorder]. People react or respond in all kinds of ways. That’s just the way it is.

The homeless are being pushed out, walked over and crowded into smaller areas with no means of protecting themselves from diseases. The city should deal with the issues of shelter, affordable housing, job preparation, and provide counseling, programs for dealing with depression, health education, drug addiction and all of the issues affecting the homeless.

But the city extends the hours for the bathrooms, puts out handwashing stations and a few showers, washes the streets down with bleach, and calls for mass vaccinations of those who decide to show up. Yes, that’s just the way it is.