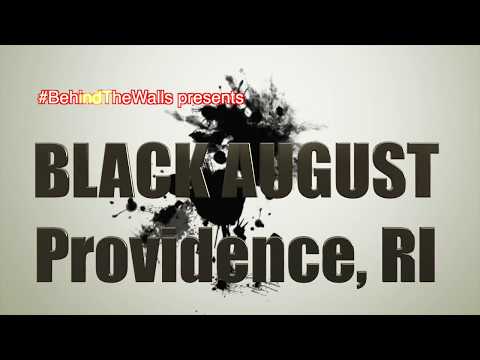 Providence, R.I. — Behind the Walls, a prisoner rights program of Direct Action for Rights and Equality, along with Workers World Party and CommUNITY members, gathered to commemorate and build upon the legacies of George Jackson, Black August and the longstanding solidarity with Indigenous nations on Aug. 31.

According to the Malcolm X Grassroots Movement, “Black August originated in the concentration camps (prisons) of California in 1979 and its roots come from the history of resistance by Black/New African/African brothers in those prisons.” (mxgm.org) In the spirit of Black August, organizations are encouraged to have political, cultural and educational events of commemoration and observance, and not celebrations or parties. Black August was designed and brought to our communities to educate, agitate and activate the spirit of revolution, resistance and rebellion in our people.

A banner stating “Not One More Lynching” and featuring political prisoners Shaka Sankofa and Mumia Abu-Jamal was draped across the podium. A multinational collective of Djembe drummers, led by Brother John Prince, provided the call and response as Sister Moni Solaa and Brother Marco McWilliams engaged the community in the powerful tradition of libation, calling the names of our fallen revolutionaries.

This writer shared excerpts of a letter that political prisoner Leonard Peltier wrote to Abu-Jamal, which included quotes by Irish revolutionary Bobby Sands. Archival footage of Brother George Jackson, Malcolm X, Assata Shakur, the MOVE 9 and Abu-Jamal deepened the revolutionary fervor and connectedness of our movement against fascism and white supremacy. Brother TwoHawk of the Pokanoket Tribe delivered an urgent call and update on the encampment and struggle against Brown University.

The event also featured a mini-exhibit that included archival Workers World coverage of George Jackson and the Prisoners Solidarity Committee at Attica between 1970 and 1971.

A video promoting the event is available at youtu.be/p5qhmY68jJw.