Part I, not yet translated, is a Marxist historical analysis of the nonmonolithic nature of the big imperialist states, and especially of the United States as the iconic representation of the world imperialist empire. It argues against the idea that, because the U.S. is the ultimate imperialist state, it has somehow eliminated all class and national contradictions and is now a monolithic geopolitical entity, not to be shaken by class and internal national struggle. It argues, instead, that the U.S. working class can have an independent role and can be a protagonist on the stage of world history. As evidence, Arena references the Occupy Movement, the enthusiasm for Bernie Sanders despite his limitations, and especially the Black Lives Matter movement. Part II, translated here, discusses recent events in the U.S. in Charlottesville, Va., and Durham, N.C., saying these show the potential for developing a nationwide anti-racist and anti-fascist struggle with revolutionary leadership. Arena points to these events as reason for encouragement for revolutionaries in Italy and other imperialist states. 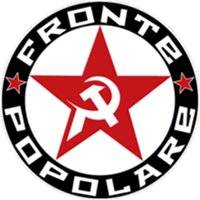 It is in this framework [detailed in Part I] that the events of the past weeks have taken shape, and with this lens that we examine the mobilizations that have shaken the U.S. and sunk their roots during the major developments under President Barack Obama — from Occupy Wall Street to Black Lives Matter and the Black revolt against police violence, and the widespread and growing protests of militarism and war — all of which have been continually suppressed by local police and the FBI.

At this point, building a timeline to reconstruct the recent events is in order.

Last Aug. 12, in Charlottesville, Va., the fragmented but numerous white-supremacist right wing came to protest the removal of a monument honoring Gen. Robert E. Lee, who led the army of the Southern slavocracy during the U.S. Civil War of 1861-1865. In response to this challenge, thousands of anti-fascists and sincere democrats came into the city to give life to a massive repudiation of the Nazis and Ku Klux Klan. In the midst of the clashes that followed, in which the powerful anti-fascist march clashed with the white supremacists — whom the police defended — a far-right militant crashed his car into defenseless demonstrators, killing the 32-year-old Heather Heyer and injuring 19 others.

The tense climate in the country following the terrorist attack was exacerbated when Trump, whose ties with the far right are well-known, made a disgusting attempt to downplay the gravity of the incident, describing it as a clash between opposing extremist positions based on ideology, and condemning violence on both sides. In the meantime, the bulk of the corporate media’s gossip acted as a megaphone for the hypocritical appeals of the two parties of power to cease violence. As the state institutions struggled to repair Trump’s serious error — several times he came back himself and reiterated his story in the impossible effort to maintain a balance between his need to appease the growing public disgust at right-wing extremism and his wish to keep these rightists’ support — the protest extended throughout the country and grew more radical.

On Aug. 14 in Durham, N.C., during an outdoor meeting on the city campus, the communist militants of the Workers World Party (read the interview with the WWP International Department representative on our site made earlier this year) toppled and demolished a monument dedicated to the Confederate Civil War troops, erected in 1924 by the segregationist government at that time, to the cry of “No Trump! No KKK! No racist USA!” the slogan that symbolized the mobilization throughout the country. Takiyah Thompson, who had a leading role in the demonstration, was arrested shortly after and released within a few hours. This leader now faces heavy charges and will face a criminal trial. Other comrades at the time the statue was toppled face the same future. [As of August 31, 16 people have been arrested and face the same heavy charges.  Translator]

Over the next few days, the demonstrations continued, getting stronger and involving more people, taking place in many of the major cities in the U.S. while mobilizing tens of thousands of demonstrators. In this climate of growing popular support against the ultraright, Trump on Aug. 18 fired his own ultraright-wing ideologist, Steve Bannon. Meanwhile, entire pieces of his administration — here we just mention the members of the presidential committee for art and culture — resigned to “dissociate themselves from the false equal sign between white supremacists and anti-racists” that the president proposed. As we write, protests are still ongoing.

How should we, as international observers, evaluate the events of the last few days? Certainly, we must avoid assuming that this struggle has already accomplished what still has to be done and for which the struggles already carried out are only the groundwork. The object will be to bring together a social opposition that is willing to organically question the state of the existing current society, going beyond merely combating Trump himself and beyond confronting the far right.

Such a result is not yet at hand, although many of the conditions already exist that make it possible. The political work required to achieve this growth requires a rapid maturation of the U.S. left, which will have to overcome differences in political program as well as the territorial distances across the U.S. Signs showing this is possible exist and have multiplied for years. However, to be able to face from all sides the frightening repressive power of the spy and police apparatus on which the federal government and the individual states can rely, a unified effort will be needed as well as a wide-ranging synthesis.

Work in this direction is already under way, but it has not yet born fruit. Such a goal anticipates work of greater scope in the entire society, aimed at unifying and creating a disciplined corps of the most advanced sectors across the continent, despite the national and racial differences that the dominant classes have always exacerbated and exploited. The old slogan of the workers’ movement — Black and white, unite and fight! — thus contains all its profound validity. From the attainment of these goals to the emergence of an organic political alternative, the path will still be long and difficult.

The risk of overestimating the impact of recent events, however, seems remote. The trend in our ranks [in Italy], on the contrary, has been to ignore, minimize or even openly denigrate and mock the developments of these recent days. And this leads to our avoiding becoming aware of the opportunities that open up in the advanced capitalist countries in this crisis phase of capitalism and, therefore, to deal with the increasing inadequacy of both the mass response and, above all, of the elements that would like to claim the role of the vanguard in our country.

The most common excuse for avoiding action has been to put the hope for a better future in the development of the geopolitical conflict (and, therefore, we repeat, going in an anti-Marxist direction) between the Atlantic imperialist bloc and the emerging powers [such as the BRICS]. This represents, ultimately, a way out for those who have internalized their defeat and the belief that peoples cannot emerge as protagonists of history. By moving the arena of conflict to a wide and far-off horizon, they create frustration and sense of inadequacy, and justify the marginality we feel.

A widespread temptation, for years inspired by the ingenious hegemonic work of the so-called red-brown alliance of fascist ideology, is, however, now encountering an obstacle. This obstacle is the manifestation of social and political conflicts now taking place right in the heart of the Empire [the U.S.]. There are many people who try to ignore this conflict, to mock it or, in the most delusional cases, to promote the idea of conspiracies (by helping to spread the myth of Soros’ omnipotence and the invincibility of Big Capital). This myth is the only gimmick they can use to overcome the contradiction between their fallacious worldview and the rejection of this view that the real class struggle offers.

We Italian communists, on the other hand, have something to learn from our U.S. comrades. It is our duty to revive, by observing their example, the awareness that organized and disciplined collectives, even when small, thanks to revolutionary theory can properly interpret the contradictions that open within society at a given moment, even for a brief moment, and to intervene to work politically on those contradictions and elevate the level of their action. Doing this lets them increase their role as protagonists by putting themselves in the front line of a struggle born from the very bosom of society and felt as urgent and necessary by the most sensitive elements of the class.

True revolutionaries do not merely agitate and go “against the current” in the hope that by preaching they will bring the masses to the side of the cause: their task is to intervene in real conflicts, to give them a political expression and on that basis build a new and more advanced consciousness, without being discouraged if the political sensitivity of masses in motion does not entirely correspond to the most advanced political goals. This is what the true communists in the U.S. have been doing for a long time, and there is no doubt that the events of these days also bring with them the deep impression of their untiring work.

To develop a renewed awareness of the strategic imperative for the whole movement for liberation on a global scale, we should see that in the heart of the “imperialist metropolis” there exist conflicting and transformative pressures that can be oriented and driven by revolutionary organizations capable of combining a correct strategic approach with tactical skill. Whether in the United States or in Italy, it is only in this way that we can offer real aid to the peoples in revolt in the countries that are already seeking a path for national independence and socialism. We can provide this aid by confronting the dizzying economic, technological and military imbalance the imperialist powers have accrued in their favor over the decades if we are able to interpret the aspirations of our peoples and make them the disruptive force they already potentially represent.

This lesson is very alive in the U.S. left, bound by origin and composition to peoples around the world by the permanent link represented by the historical memory of the theft from and genocide of the Indigenous peoples, the deportation of enslaved African people, present in the Black communities, as well as by the uninterrupted flow of migrants coming from all the corners of the earth most afflicted by misery and neocolonial oppression.

From Charlottesville to Durham, the struggle in the United States today gives us all a message of enormous value: In spite of the difficulties, in spite of facing all sorts of repressive apparatus, the profound contradictions of the society in decay in which we live are constantly opening the way for change. Our task is to act in a way to open a gateway for our class to join in the struggle. This is what gives a profound meaning to the minute actions of our daily militancy. We must be grateful for the sacrifice of Heather Heyer and the courage of Takiyah Thompson for having brought back to us the wonderful gift of being able to look forward to the struggle, armed with confidence in the future.

Aug. 26, 2017 | Copyleft © All material is freely reproducible and only source reference is required.

Translation by John Catalinotto, of the International Department of Workers World Party, USA, and a managing editor of the Marxist weekly newspaper, Workers World.