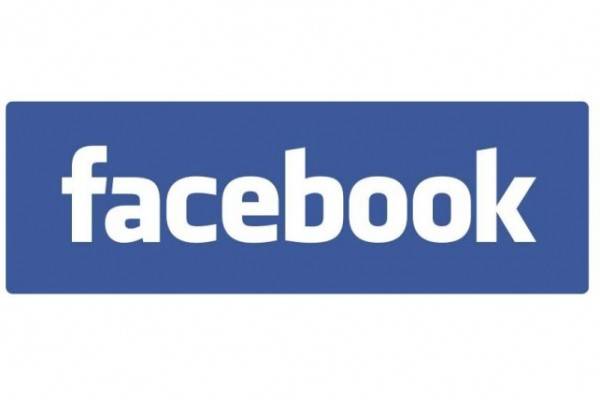 In 2004, Harvard student Mark Zucker­berg launched Facebook from his dormitory room. Facebook went public in early 2012. Zuckerberg was already a billion­aire at the age of 23. Today, this social medium has a market capitalization of over $463 billion. Zuckerberg’s current net worth is over $63 billion, ranking him as the fifth richest person in the world, according to Forbes.

How could so much wealth and capital be so quickly accumulated in one person’s hands?

The short answer is monopoly. With more than 2 billion monthly active users, Facebook has a virtual monopoly of social media, messaging and networking traffic. It achieved that monopoly in large part thanks to a vital tool of capitalist accumulation: patents.

Patent law provides the patent holder, in return for public disclosure of the invention, with the exclusive right to make, use and sell the invention for a limited period (20 years for most patents). In other words, patents confer a government-authorized “intellectual property” right to exclude competition and monopolize.

With patent rights in hand, capitalists can use and even sell information without fear that disclosure will render it worthless. Patents thereby transform ideas and information into profitable private property.

Facebook’s superprofits derive from ownership of patents relating to digital content display and communications. Those patents allow Facebook (including subsidiaries like WhatsApp, Messenger and Instagram) to control much of the internet’s social media and messaging traffic.

That control in turn enables Facebook to charge monopoly prices for displaying content that it does not make itself, thereby garnering immense revenues without incurring the costs of production.

There are no inherent barriers that prevent the free flow of information over the internet. But free flow is not conducive to private profit, the lifeblood of capitalism. To allow a few monopolists to profit at the expense of the many, capitalism created artificial barriers to free flow by developing intellectual property law.

The initial reasons given for designing patent laws were to encourage and protect individual inventors. But as capitalism developed, large corporate interests replaced individual creators as the beneficiaries of patent law. Today, most companies require their employees to sign over their innovative ideas to the companies themselves. In this way the companies secure most of the resulting profits.

Facebook too maintains its monopoly status by free riding on inventions that others create. Although Facebook applies for hundreds of patents each month (tinyurl.com/mjn42n5), it has purchased most of its patents and patent applications, including those covering its “news feed” and “like” button, from the actual inventors or other companies.

Like other tech giants, Facebook spends vast sums to acquire huge patent portfolios, allowing it to expropriate others’ innovations and multiply profits. It then wields its patent rights against potential competitors by suing or fighting lawsuits. (tinyurl.com/y9levzao)

Facebook’s only significant assets are the personal data it has collected on users and the patents it owns to ensure its sole control over gathering and use of that data. That control allows Facebook to reap the benefits of highly targeted advertising as well as to finance other ventures.

Zuckerberg might object that no one is forced to join Facebook. But no one forced people to buy TVs in the mid-twentieth century either, yet in practice few believed they could do without them. It is likewise becoming increasingly difficult to function in today’s world without Facebook and other social media. This means big bucks for Zuckerberg and his cronies.

Access to this intimate customer data enables content providers to immediately tailor retail prices to individual need and ability to pay, as well as ascertain minimum acceptable quality and service. This data-driven opportunity to increase sales and prices represents an enormous commercial jackpot.

Facebook amounts to a three-sided network composed of users, content providers and advertisers. Its profits derive from the “network effects” of connecting these three elements. Facebook acts as intermediary on virtually every transaction, getting paid big time for simply matching buyers with sellers. When you click a link on a Facebook page and buy a product or service, Facebook gets its behind-the-scenes cut.

Advertisers and companies pay Facebook for access to the data and users it controls. Those who make the payments haven’t bought the ownership of Facebook’s data or intellectual property; rather, they lease access to the information much like a landowner leases land and access to water.

But unlike with land, which can be leased to only a single lessee at a time, information can be leased to an enormous number of lessees. That enables Facebook to generate vast inflows of revenues from its patent-based monopoly.

At bottom, companies that sell products and services effectively pay “information rent” to Facebook for the right to use information over which Facebook maintains a monopoly due to its patents.

As a Facebook user, you might say: “So what? I don’t pay anything to use Facebook.” But, in fact, you pay plenty. Facebook’s monopoly of vital consumer information enables it to charge inflated prices to advertisers and commercial purchasers of that information, who then pass on those inflated prices to the ultimate consumers of their products and services.

In other words, those billions piling up in Mark Zuckerberg’s coffers are being squeezed out of all of us.

Facebook’s monopoly may eventually collapse due to expiration of its patents or for other reasons (technological, legal), but only after many years of extracting monopoly rents, inflating consumer prices and stifling innovation.

Facebook’s role in the capitalist economy

From a Marxist economic perspective, what role does Facebook play?

Second, and more significantly, Facebook and other data giants obtain an increasing portion of total surplus value by their consolidating, packaging and selling of valuable information. In the past decade, some $50 billion per year has been reallocated from content creators to owners of monopoly platforms like Facebook.

According to the former editor of The Guardian, a British newspaper, Facebook “sucked up $27 million” of the paper’s projected 2015 digital advertising revenue by locking readers onto Facebook rather than linking them to the Guardian site. “If you control the menu,” he noted, “you control the choices.” (tinyurl.com/yd3a52cz)

The upshot is that intellectual property rights facilitate the transfer of much of the total surplus value produced by the global working class into the hands of information monopolists. Whether these “information monopolies” are bringing about a great enough change to represent a new phase of monopoly capitalism is a question that invites serious analysis.

In any event, the ability to generate and provide access to vast troves of information is clearly a major productive force in contemporary capitalism. The contradiction between continued growth of this force of production and the prevailing relations of production (private information monopolies) appears unsustainable.

Fear that their vast wealth may tumble like a house of cards motivates occasional forays into philanthropy by Zuckerberg and other information technology tycoons like Bill Gates of Microsoft and Jeff Bezos of Amazon to assuage suffering from the inequalities they helped create. But philanthropy cannot resolve the explosive contradiction at the heart of the information economy.

Capitalism, with its private ownership of the means of production, must be overthrown to unleash the full potential of the information age. Replacing capitalism with socialism will remove the monopolistic fetters of private intellectual property and establish a planned economy to ensure that useful ideas and information serve everyone and are no longer hijacked to create instant billionaires like Mark Zuckerberg.