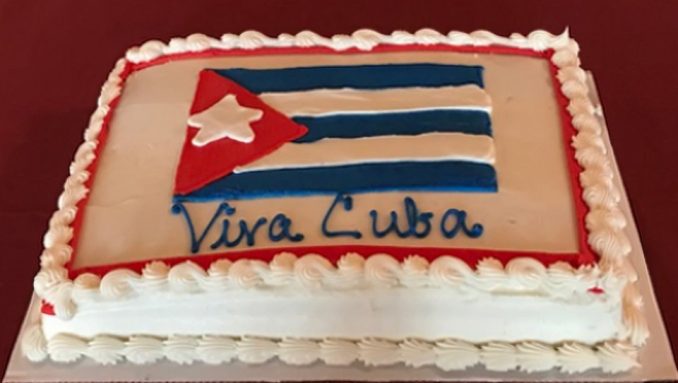 Over 60 people came out in Chicago on July 7 to greet Cuban labor leader Victor Manuel Lemagne Sánchez.  A reception was held at the hall of the Chicago and Midwest Joint Board of Workers United, with Service Employees Union Local 1 and the Latino Caucus. Lemagne Sánchez described how unions in Cuba serve as the voice of workers both with regard to control over their workplaces and in making their views known to relevant levels of government. He also explained the adverse impact on the Cuban economy from the U.S. economic blockade and called for renewed efforts to end it. His remarks were greeted enthusiastically by an audience made up largely of union and community group members, who then presented him with a Cuban flag cake.