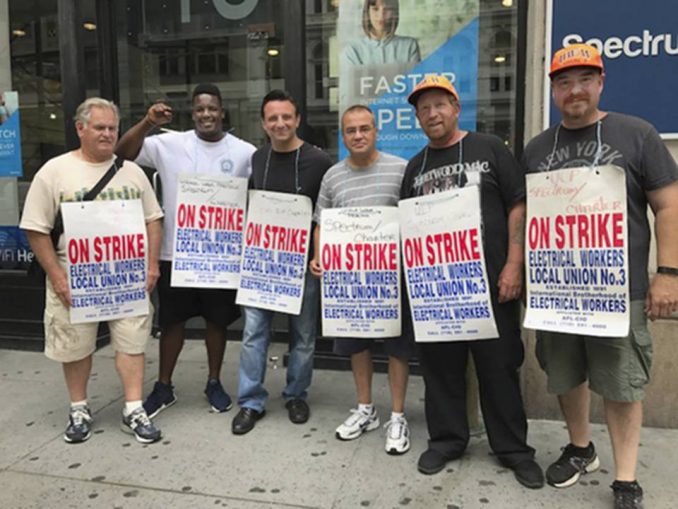 For fifteen weeks, 1,800 International Electrical Workers Local 3 members have been out on strike at Charter/Spectrum Communications in the New York metro area. After working without a contract for two years, and after the communications mega corporation refused to bargain in good faith, workers walked out March 28. Spectrum completed acquisition of Time Warner Cable in May, in an overall cash and stock deal worth about $71 billion.

Local 3 members struck over Spectrum’s attempts to pull out of the workers’ medical and pension plans. Another key issue is unfair penalization of workers over repeat customer service calls. The real problem is the cable company’s failure to update faulty equipment and its inflated promises to customers.

Workers pictured here told WW that the strike was being “whited out” in local press coverage, as big-business news corporations side with Spectrum. At press time, Local 3 members remain on the picket line at Charter/Spectrum centers across New York City and in New Jersey.