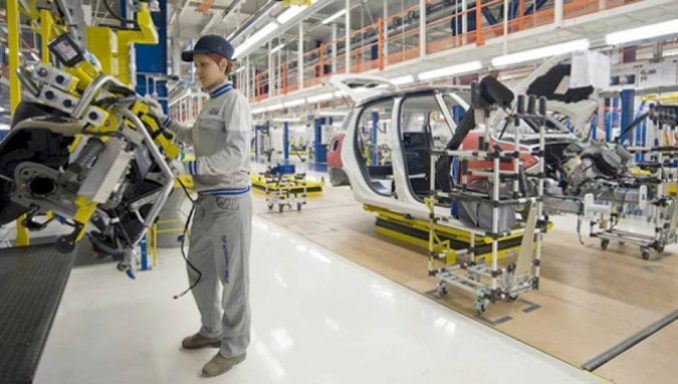 Over 2,000 autoworkers have been on strike against Fiat Chrysler Automobiles in Kragujevac, Republic of Serbia, since June 26. They are demanding pay increases of 38,000 dinars to 45,000 dinars, roughly equal to $360 to $427, and an end to indiscriminate firings. Last year, an entire shift of workers was laid off, affecting not only the laid-off workers but also those in the plant who then had a higher workload. Additional demands center on lack of paid maternity and long-term illness leave and the failure of FCA to pay a negotiated bonus in 2016.

The strike has been successful, with only 250 white-collar workers staying in the plant. Fiat, in violation of Serbian labor law, is refusing to negotiate.

Jugoslav Ristic, chair of the Confederation of Independent Trade Unions, which represents a majority of the striking workers, says the Kragujevac strike was inspired by a recent strike. Workers in Kragujevac at Magneti-Marelli, an Italian auto parts supplier that FCA took over in 1967, struck for and won wage parity with workers in the FCA assembly plant.

Kragujevac has for years been labeled “Serbia’s Detroit.” It had been nearly destroyed during the 1999 U.S.-NATO war on the Socialist Republic of Yugoslavia and its subsequent breakup, foreign auto companies took over the country’s auto industry.

The struck plant, first opened in 1955, manufactured vehicles with Fiat, Zastava and Yugo brand names. Fiat purchased the plant after it was nearly destroyed during the 1999 war. Since then, FCA has used the threat to move work from Italy to Serbia, where wages are lower, as a club against Italian unions to force them to agree to concessions.

The Regional Solidarity Council, comprised of unions in all the republics of the former Yugoslavia, as well as a group of FCA plant shop stewards in Italy, have sent messages of support. “We can and we must say no to [FCA CEO Sergio] Marchionne,” the Italians declared.

Marchionne is disliked by FCA workers everywhere, from Europe to Latin America, to the U.S. and Canada. “Hell no, Sergio” was a slogan members of the United Auto Workers came up with during a “Vote no” campaign that defeated a concessionary national contract in 2015.