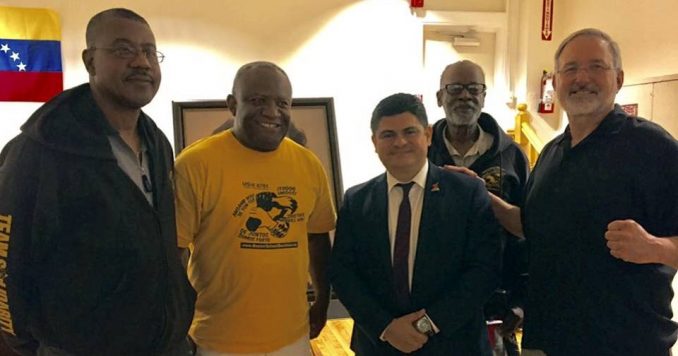 The Consulate General of the Bolivarian Republic of Venezuela in Boston, led by acting Consul General Omar Sierra, hosted a Celebration of Venezuelan Independence on July 7 at the Community Church of Boston. The evening began with a meal of traditional Venezuelan delicacies and music.

In the keynote address, Sierra gave a detailed update of current events as well as a history of the Bolivarian Revolution. He reported on the well-orchestrated and financed right-wing attempts to overthrow the democratically elected government of President Nicolás Maduro. This criminal campaign of terrorism has included shootings, stabbings and setting government supporters on fire, as well as wholesale economic sabotage targeting food, transportation, etc.