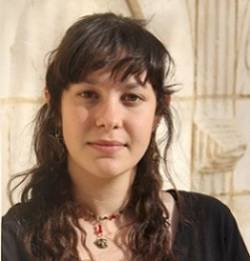 Atalya Ben-Abba, a young Israeli woman, was released on June 27 after spending 110 days in an Israeli military prison. She had refused to be drafted into the Israeli military.

On her release she stated: “I walk out of military prison with my head held high, alongside many supporters who, like me, understand that refusing to take part in the occupation is a necessary, moral choice. There have been other conscientious objectors who came before me and others will follow, part of a growing movement of youths who aren’t afraid to say ‘enough is enough.’” (972mag.com, June 27)

Ben-Abba added that she refused “to participate in a system that uses violent means to oppress another people, has imposed an occupation upon it for 50 years, and is imposing a siege, the consequences of which are yet to be seen.”

Previous Israeli draft resisters include Aiden Katri, a transgender political activist who was sentenced to prison in March 2016. She called for “an alliance of the victims of oppression.” She has since been released. (972mag.com, March 30, 2016)

In a long statement released prior to her jailing, Katri explained that “as someone who believes in gender equality, I cannot ignore inequality in other issues. Arabs and Jews live in this country as two different classes; Israelis and Palestinians live under two different legal systems. It would be absurd to strive for justice in the context of injustice. I struggle against my oppression — my gender oppression as a trans woman and my ethnic oppression as a Mizrahi Jew [Jews from the Middle East], and if I turn a blind eye to an oppression of another people this would be hypocrisy.”

While refusing to serve in the Israeli military as a political statement is not yet a mass movement, large numbers of Israeli youth find their own ways to avoid service by other means, including medical and religious deferments or by emigrating from the U.S.-armed and -financed settler state to start a new life somewhere else. Germany has become a popular destination.

Ben-Abba, Katri and other draft resisters have broken from the Zionist consensus that is built around the cult of the so-called Israeli Defense Forces. Instead they have consciously sided with the liberation struggle of the Palestinian people. This is an important victory for the Palestinian resistance.

Kramer served in the Israeli military during 1972-75 and is a member of ­Veterans For Peace/Chapter 021(Northern New Jersey).