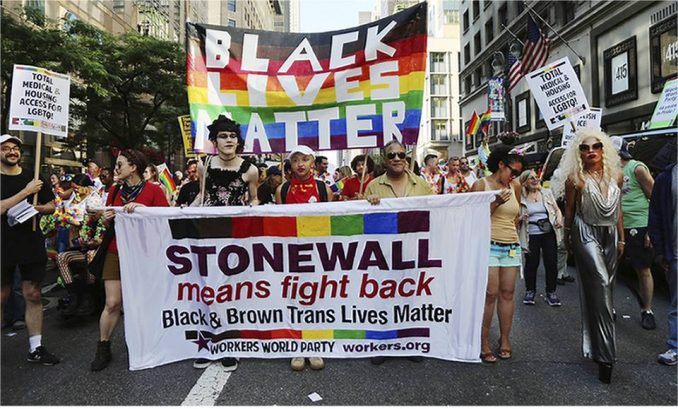 Black and Brown high school students from the dance group Left Our Mark led this enthusiastically received Workers World Party and People’s Power Assembly contingent in New York City’s huge Pride parade on June 25. The rainbow flag on their signs and banners included black and brown stripes, acknowledging the lives of LGBTQ people of color. Signs included “NYPD out of Pride!” “Drop charges on the Black Pride 4” and “Queer liberation! Fight for socialism!”

Earlier, at a No Justice, No Pride: Reclaim Pride action, a group of LGBTQ activists marched directly in front of the police contingent, carrying a banner reading, “No cops, No banks.” After sitting down in front of the Stonewall Inn and linking arms, 12 were arrested. All were later released.