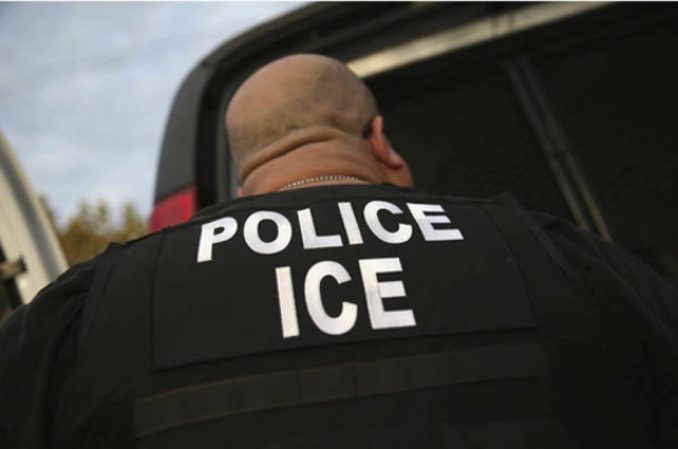 A fresh wave of state terror against the Iraqi community began on June 11 in Michigan. Immigration and Customs Enforcement, targeting primarily Iraqi Christians called Chaldeans, began kidnapping people from their homes, restaurants, gathering places in the Iraqi community and even churches!

This situation has proceeded unhindered, as 1,444 Iraqi people are on an ICE list with final orders for removal. Their fate is to be kidnapped and deported to a country destroyed by ongoing war.

There is an important context for these deportations: Iraq has not accepted people deported from the United States for the last seven years. Recently, Washington squeezed the Iraqi government into accepting deportations by offering to take the occupied country off Trump’s “Muslim Ban” list. This is a list of countries that should really be referred to as “victims of imperialism.”

Washington’s arm twisting makes the current attack on the Iraqi diaspora an unprecedented event, leaving the door open for a serious resistance effort and the exposure of U.S. hypocrisy.

Many families with members facing deportation are struggling to find legal assistance. Many are joining an American Civil Liberties Union lawsuit against the deportations. The ACLU is suing on the basis that it is against U.S. law and international treaties to send someone to a place where they are likely to be violently persecuted. The suit goes before a judge on June 21, although a ruling may be delayed. A demonstration will take place outside the Detroit federal court building located at 321 W. Lafayette at 12 p.m. that day.

Even if the suit is successful, it will not guarantee that those represented will be able to stay in the U.S. It only buys time for people to build their cases.

Kary Moss, executive director for the ACLU of Michigan, said in a statement released June 15: “We are hoping that the courts will recognize the extreme danger that deportation to Iraq would pose for these individuals. Our immigration policy shouldn’t amount to a death sentence for anyone.”

Why would deportation amount to a death sentence? This answer lies in the reason many of these Iraqi people live in the U.S. today. Since the collapse of the Ottoman Empire following World War I, Western colonial powers have worked hard to dominate the entire Middle-East-North-Africa (MENA) region by any means necessary, often using destructive and genocidal tactics.

Iraq specifically has been targeted with some of the greatest horrors of the last century. Beginning with the Iraq-Iran war in 1980, Pentagon militarists funneled massive amounts of arms into Iraq to sow the destruction of both states. Within a few years after the end of that war, the U.S. and allies launched Operation Desert Storm against Iraq, employing internationally banned weapons such as depleted uranium munitions, destroying lives and the ecology of the country.

The U.S. followed this up with devastating sanctions, which over the course of years claimed the lives of more than 1 million Iraqis, including at least 500,000 Iraqi children. U.S. Ambassador to the United Nations and later Secretary of State Madeleine Albright infamously said of these dead children, “I think this is a very hard choice, but the price … We think the price is worth it.” (60 Minutes TV show, May 12, 1996)

The U.S. invasion and subsequent occupation of Iraq beginning in 2003 has claimed the lives of millions more Iraqi people. The U.S. nurturing of counterrevolutionary death squads such as the so-called Islamic State to topple the Syrian state has also been used to justify a ceaseless occupation of Iraq and has ensured Iraqi people will feel the suffering of war for generations to come.

Amid these possible deportations, the U.S. is leveling cities in Iraq like Mosul in the name of fighting terrorism, even though Washington has used terrorist groups extensively for political purposes. The level of destruction is so great that it has become apparent there aren’t enough resources or preparation to shelter those internally displaced in Iraq.

The deportations from the U.S. begun this June are an extension of the genocidal war against Iraq’s people. Families in the diaspora who thought their loved ones were safe from the bloodshed are being broken up and threatened with this virtual death sentence. Many of those deported are elders who have not been to Iraq through decades of destruction and completely lack family or community ties in the war-ravaged country.

Those who oppose U.S. military adventures must turn this terrible attack on the Iraqi people into an opportunity to resist all ICE kidnappings and U.S. militarism. Demonstrations have been held in Detroit as well as Sterling Heights, Southfield and other suburbs.

Because these deportations are unprecedented, there is an opportunity to set a precedent of resistance.

No war on the Iraqi people, in the diaspora or the homeland!