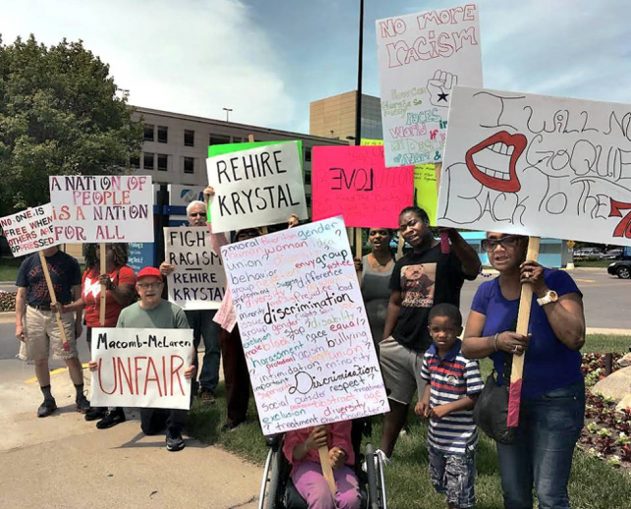 Before unions were recognized in the auto industry, a worker could be fired for the slightest infraction, even laughing or talking.

Things are different now in a union shop — but not as different as one might think. In Macomb County, a county north of Detroit credited with delivering Michigan to Trump in the November election, things are still a lot like the old days. There, at McLaren Hospital, an African-American woman lost her job for “slamming her hand on a desk and making an audible sigh.”

Krystal Benson, chief steward with American Federation of State, County and Municipal Employees Local 2569 and a hospital employee for three years, was also fired after being accused of putting her hand on her hip — hardly grounds for discharge! In her words, she had been “experiencing racial discrimination, being stereotyped, harassed, intimidation tactics and unfair labor practice.” Her termination came after an argument with a white supervisor.

Macomb County is less than 9 percent Black, and Black residents make up only one-quarter of Mt. Clemens, where the hospital is located. The Trump election has emboldened racists, especially where they are the overwhelming majority.

On June 3, Benson gathered outside the hospital with family members, co-workers and supporters from the Moratorium NOW! Coalition. Protesters carried signs charging the hospital with racism and demanding Benson be rehired. More protests are planned.