The imperialist media have joined that belonging to the Venezuelan oligarchy to poison public opinion against the Bolivarian government there. In an attempt to counter this venom, Workers World publishes here some excerpts of news and analysis from Cuba, a reliable and prestigious source. The first is an excerpt from President Raúl Castro’s June 1 speech to a session of the National Assembly, published the next day in Granma. 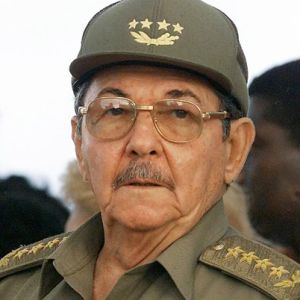 In this very session, in representation of the genuine will of our people, the Cuban Parliament approved a declaration of support to the people and government of the Bolivarian Republic of Venezuela.

On this issue, I would like to emphasize that it is necessary to denounce and stop the aggression against this sister country. Imperialist economic and political interests are attempting to deny its people the right to exercise self-determination. Joining the unilateral, arbitrary and unjust sanctions of the United States, are intervention in internal affairs by the OAS and various governments, as well as defamation and crude manipulation of reality — all directed toward overthrowing the constitutional government elected by Venezuelans.

Many of those leading protests and seeking international recognition are the same individuals who were involved in the 2002 military coup, in the oil sabotage of 2003 and in the violent, seditious actions of 2014.

A hypocritical attempt is made to justify foreign intervention, claiming that they want to help the Venezuelan people, but the only way to do so is by demonstrating in action full respect for the sovereignty of Venezuela and encouraging constructive, respectful dialogue, as the only means to address disagreements.

If, in reality, there is concern for human rights and personal security, the pro-coup violence which has caused death and injury must be unequivocally condemned. Images of youth being hit, punched and burned alive by violent oppositionists remind us of the worse acts of fascism.

I reiterate our solidarity with the Bolivarian Chavista Revolution, with the civic-military union of the Venezuelan people and with the government led by constitutional President Nicolás Maduro Moros.

Script for plans to destroy Bolivarian Revolution written in Washington. (Granma, May 25)

Finding just one of these techniques that has not been used against Venezuela’s Bolivarian Revolution is difficult.

Unlike traditional conflicts, non-conventional wars are based on promoting confrontations between authorities and the population, to undermine the government’s ability to function, leading to its demise without the use of a foreign military intervention.

Perhaps the clearest example of this kind of warfare is the operation carried out by U.S. and Western powers against the government of Muammar Gaddafi in Libya. Bands of opponents, armed and advised from abroad, carried out the dirty work on the ground, while NATO provided air support, and the transnational corporate media manipulated the facts presented to the public.

Despite the defeat of the 2002 coup attempt — by a massive mobilization of the Venezuelan people … Chávez was confronted by protests and sabotage, of different proportions, until his very last days.

When the Bolivarian leader died in March of 2013, and his successor, Nicolás Maduro, took the reins, the right wing and their foreign advisers activated the most aggressive tactics of their non-conventional war strategy, in hopes of dealing the revolution a final blow.

The mounting violence of protests taking place recently in Venezuela is reminiscent of the street barricades and fighting (guarimbas) which occurred in February of 2014, leaving 43 dead and more than 800 injured.

But this last wave of violence appears to be better organized and more extensive.

The attack by armed opposition gangs on the Hugo Rafael Chávez Frías Maternal-Infant Hospital, with 54 children inside, would qualify as a war crime before any international court.

The Venezuelan right, traditionally divided given its personal rifts, with various individuals competing for power, is, on the contrary, united in following the non-conventional script written in Washington. Violence is the only common ground.

Repeated calls for street demonstrations, despite the fact that more than 40 lives have already been lost in this round of guarimbas, along with the opposition’s refusal to participate in the Constituent Assembly, make clear, once again, that the only solution the opposition offers is an end to the revolution, by any means and regardless of consequences.

The continuity of the social project begun by Hugo Chávez — which has forever changed the reality of this country to benefit the poor — is not all that is at stake.

The counterrevolutionaries outside the OAS had a script. They were practiced and stuck to their line. In addition to providing human mouthpieces that amplify the lies in the media, they also attacked Venezuela’s international solidarity. Part of the script says Venezuela sends oil to Caribbean countries and Cuba while Venezuelan people starve and die. This is a dagger at ALBA and the solidarity agreements in Latin America and the Caribbean that break with the imperialist economic domination. They hate Cuba and say that socialism stifles creativity. The attack is not only against Venezuela, but also against Cuba and any attempt to develop outside of imperialism.

An article by Rachel Glickhouse on May 10, 2013, published by the Americas Society, explains the Petrocaribe organization. One can easily see why U.S. imperialism would adopt policies aiming to destroy such an organization as well as other international initiatives by Bolivarian Venezuela that strengthened the sovereignty of the countries south of the United States.

Under the administration of late Venezuelan President Hugo Chávez, an energy bloc emerged to provide low-interest oil sales to nearby countries facing expensive imports. As a region, Caribbean countries spend around 13 percent of GDP on oil imports, while Petrocaribe, the Venezuela-led organization, allows governments to pay for petroleum over time.

Venezuela offers oil agreements to member countries, which must pay 60 percent of the bill within 90 days. The remaining 40 percent can be financed over 25 years at 1 percent interest, should oil prices stay above $40 per barrel. Financing takes into account the current cost of oil, allowing for more favorable terms when the cost of oil is higher. Countries may also offer goods and services to pay off oil shipments, ranging from food such as beans and sugar to human capital such as doctors.