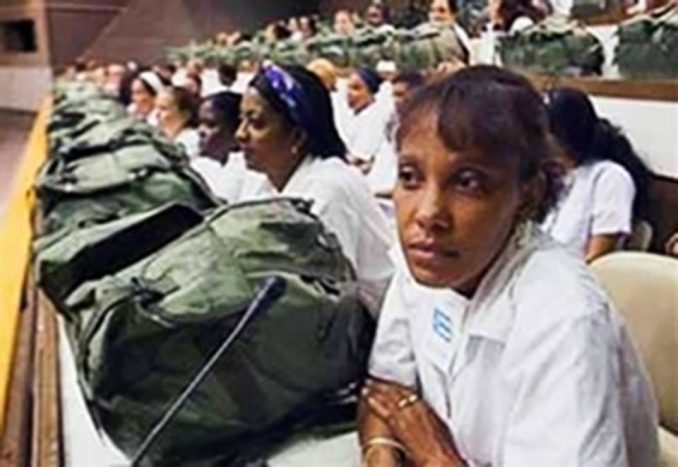 At its 70th World Assembly in Geneva on May 26, the World Health Organization unanimously bestowed its Public Health award on Cuba’s Henry Reeve Brigade.

The brigade won wide recognition and even favorable corporate news headlines in 2014 for providing West Africa with 250 frontline fighters against the Ebola epidemic, which had threatened to spread across the globe. Dr. Felix Báez Sarría, member of the brigade, accepted the presentation with Roberto Morales, Cuba’s minister of public health. After surviving an Ebola infection, Dr. Báez Sarría voluntarily returned to the West African frontlines.

Fidel Castro, the historical leader of the Cuban Revolution, formed the Henry Reeve Brigade on Sept. 19, 2005. At that time, nearly 2,000 Cuban medical professionals had been assembled to assist the people, most of them Black, who were stranded on New Orleans rooftops and packed into the sports coliseum because of hurricanes Katrina and Rita. 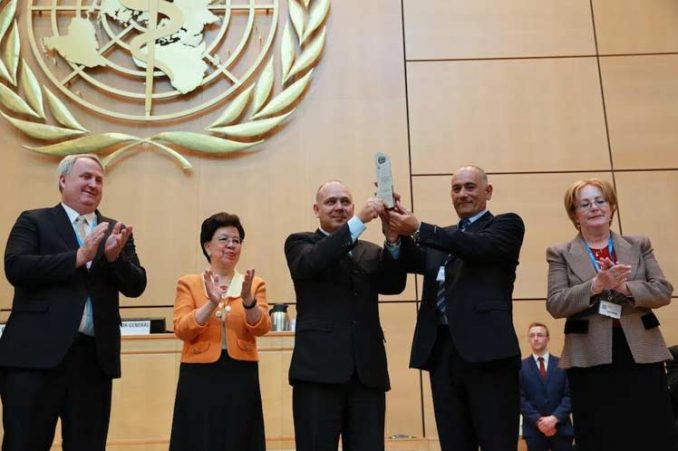 These volunteers then became the Henry Reeve Brigade, named for a young internationalist combatant from the U.S. who died in 1876 fighting for Cuban independence from Spain. Shunned by the Bush administration, the Cuban doctors preparing to help the people of New Orleans were instead deployed to help earthquake survivors in Pakistan, high in the Himalayan mountains.

According to a May 26 Prensa Latina report, the 7,254 Cuban medical professionals honored had assisted in emergency situations in 19 countries, including twice each in Haiti and Chile. “They attended to more than 3.5 million people and saved the lives of about 80,000 patients, according to estimates.”

The U.S., the richest imperialist country in the world, has a military budget that far exceeds the other top nine military spenders combined. President Donald Trump has just arranged to sell the ­Saudi kingdom, which has been slaughtering people in Yemen, $110 billion in new military hardware. Yet the budget being sent to Congress slashes domestic and international spending on health care, which impacts heavily on women.

Spending for HIV/AIDS and malaria is being reduced. Cuban doctors have pointed out that deaths from malaria in Africa far exceed those from Ebola, but Ebola became the international priority when it was feared that the epidemic would spread beyond Africa.

The U.S. Health and Human Services Secretary, Dr. Tom Price, spoke at the WHO assembly, saying the U.S. government was committed to “a cooperative, transparent and effective international response to outbreaks of infectious disease. These threats do not respect borders between countries, and can spread rapidly to endanger people anywhere around the globe.”

However, Dr. Price is an advocate of dismantling the Affordable Care Act, thus denying health care to as many as 23 million U.S. residents. The U.S. is the only industrialized country without a national health system.

By contrast, Dr. Morales Ojeda of Cuba told the assembly’s plenary session on May 24: “Cuba supports the strengthening of systems geared toward achieving universal health coverage, recognizing that health is a fundamental human right and at the center of public policies for sustainable development. … We have 493,000 health care sector workers and over 50,000 collaborators offering services in 63 countries.”

Cuba’s Latin American School of Medicine also trains doctors from underserved communities around the world — including U.S. inner cities and rural areas — so they can return home to serve the people.

Cuba’s international health solidarity is a reflection of its internal commitment. Providing health care through a centralized, socialist, planned system has resulted in health statistics equal to or exceeding those in the U.S.

Dr. Morales Ojeda reported that by the end of 2016, life expectancy at birth in Cuba was 78.45 years. Cuba has an immunization program that protects against 13 diseases. It produces most of the vaccines used, providing 98 percent of the population with coverage.

In 2015, Cuba became the first country in the world to officially eliminate mother- to child transmission of HIV and syphilis.

“‘The foundations for the National Health System in Cuba were drawn up in 1959, the driving force behind which was the historic leader of the Cuban Revolution, Fidel Castro Ruz,” Morales Ojeda told the assembly.