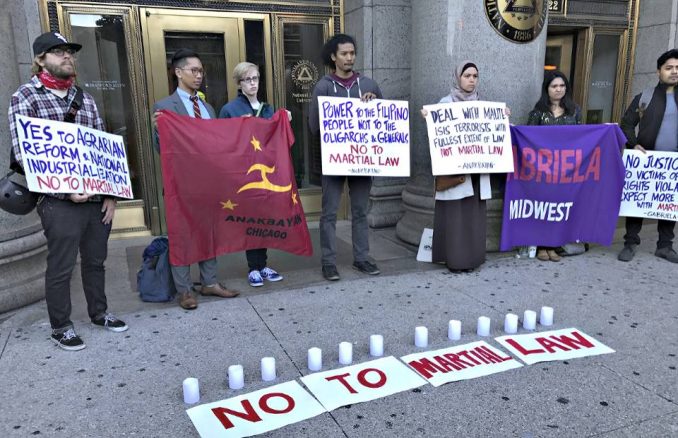 Several dozen people picketed the Philippines Consulate in Chicago on May 25 demanding an end to martial law in Mindanao, the second-largest island in the Philippines.  On May 23, President Rodrigo Duterte declared martial law in all of Mindanao. This has already led to increased human rights abuses, mass detentions, torture, sexual abuse and extrajudicial killings. Speakers emphasized that the weapons being unleashed against the Filipino people have been provided by the U.S. military, using tax dollars that rightfully should be for education and health care here in the U.S. The vigil was organized by Anakbayan Chicago.