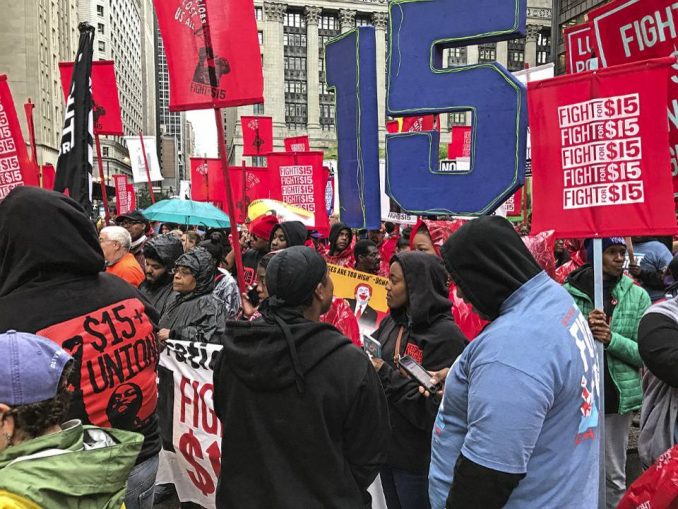 More than 2,000 workers — mostly young, Black or Brown and minimum-wage — rallied and marched in the rain in Chicago on May 23 to demand that McDonald’s pay its workers a living wage. The company just doubled its CEO’s annual pay to $15 million and is spending hundreds of millions on a new corporate headquarters here while its workers are struggling to survive. Speakers from Fight for 15, the Service Employees union and other organizations told the crowd: “We are marching because this is not only a worker’s issue, but also an immigrant, racial, women’s, LGBTQ and environmental issue. When we beat McDonald’s, we will all win!”