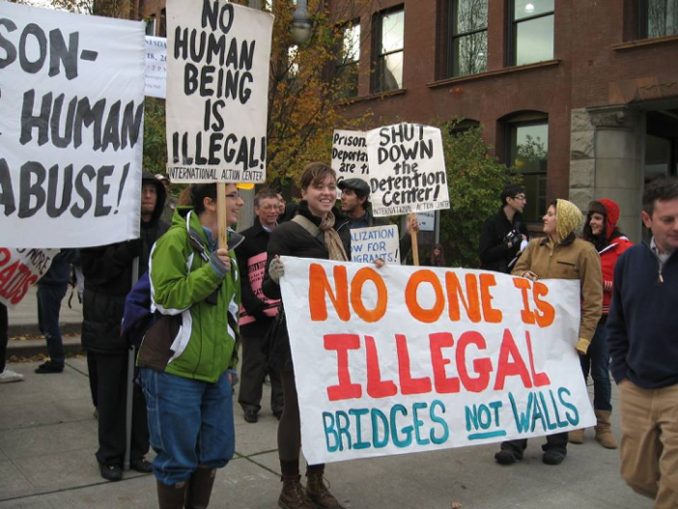 First came the shocking news of the death of 27-year-old Panamanian national, Jean Carlos Jiménez-Joseph, found in a solitary confinement cell at the Stewart Detention Center early on the morning of May 16, with his bed sheet wrapped around his neck.

Described by his family and friends as a talented musician and high school athlete, Jiménez-Joseph had lived most of his life in the U.S.

ICE took custody of him on March 2, following a conviction for motor vehicle larceny in Wake County, N.C., and brought him to the Stewart Detention Center, the for-profit prison operated by CoreCivic, formerly known as the Corrections Corporation of America. Stewart is located in rural Lumpkin, Ga., about 100 miles south of Atlanta.

It currently is the second largest immigrant detention facility in the U.S., with a capacity of 1,752 detainees. Stewart is often cited for its human rights violations, including poor medical care, unsanitary conditions, inedible food and prolonged solitary confinement practices.

When Jiménez-Joseph died, he had been held in solitary for 19 days, following what prison officials described as “an attempt to get attention” by jumping off a second floor walkway to the ground. There is no indication he was receiving any mental health services.

Jiménez-Joseph’s mother had traveled from North Carolina to visit him on Saturday, May 13. Alarmed at his mental state, she asked members of El Refugio to visit him on Sunday. El Refugio is an immigrant advocacy group that operates a hospitality house in Lumpkin, where visiting families can stay since there are no motels in the area.

However, prison officials refused her visit, saying that since he was in solitary, Jiménez-Joseph was allowed only one visit a month.

By early morning, May 15, Jean Carlos Jiménez-Joseph was dead.

The very next day, May 16, ICE announced that Atul Bahibhai Patel, a 58- year-old Indian man, had died in Atlanta’s Grady Hospital.

Patel had been arrested May 10, upon arriving at Hartsfield-Jackson International Airport, for having incomplete travel documents. He was transferred to the Atlanta City Detention Center on the next day. The ACDC is a huge city jail that also serves as an immigration detention facility under contract with ICE.

On May 13, he was taken to Grady Hospital. He died three days later, reportedly from congestive heart failure. Atlanta’s Indian community facilitated a Hindu cremation ceremony and the return of his ashes to his family in India.

Increased torture and detention of immigrants

The torture at the Stewart Detention Center was back in the headlines when it was revealed that, on May 12, federal Judge Leslie Abrams had ordered the force-feeding of Vitaly Novikov, a 61-year-old Ukrainian refugee who first came to the U.S. in 1989 and became a permanent resident in 1992.

Following his conviction on a domestic abuse charge in February, he was arrested and held at Stewart. He was ordered to be deported on April 18 and began a hunger strike on April 20. Stewart officials say he has lost at least 24 pounds.

According to the May 18 Daily Report, Alejandro Hernández, an ICE supervisory detention and deportation officer, wrote in a court filing requesting the force-feeding order that Novikov’s death “could lead to acts of detainee violence and disruptions,” and threaten the safety of staff. He furthered stated that Novikov’s death “might spur more hunger strikes to gain benefits … including transfer or release from Stewart.”

Abrams’ order also gives permission for prison staff to forcibly restrain Novikov to take blood samples and conduct other medical tests. Stewart has released no further information about Novikov other than to confirm that there is a detainee on hunger strike.

These stories of incarcerated people highlight the ramped-up enforcement of immigration laws since Trump’s inauguration as U.S. president.

Between Jan. 20 and April 29, there has been a 75 percent increase in ICE arrests in Georgia and North and South Carolina compared to the same period in 2016. (Atlanta Journal Constitution, May 18)

Nationwide, the increase in arrests from 2016 is 38 percent. In 2017 so far,  over 41,000 people have been picked up at their jobs, taken from their homes, arrested on the street without warning and taken into custody in advance of deportation. (TIME, May 17)

Even ICE figures show that, among those arrested immediately after Trump’s inauguration, more than 25 percent of these working people had no criminal records at all, and another 25 percent had been convicted only of traffic offenses. (Washington Post, April 28)

“The human rights of tens of thousands of immigrants are in constant peril at the hands of racist police forces, ruling class judges and courts, and for-profit prisons,” stated Kevin Caron of the Georgia Detention Watch, which has ongoing campaigns to shut down the Stewart Detention Center and the Atlanta City Detention Center.