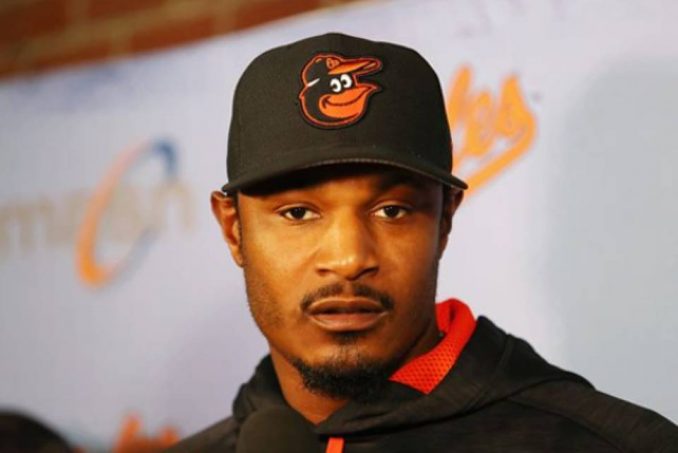 In April, Major League Baseball celebrated the 70th anniversary of Jackie Robinson breaking the color barrier. However, on May 2, Baltimore Orioles player Adam Jones was on the receiving end of racist attacks by Red Sox fans at Fenway Park.

Jones stated that “a disrespectful person threw a bag of peanuts at me and I got called the N-word a handful of times. … It’s unfortunate that people need to resort to those types of epithets to degrade another human being. I’m trying to make a living for myself and for my family.” (USA Today, May 2)

Once this attack was revealed, Boston Mayor Marty Walsh tweeted, “This is unacceptable” and “Not who we are as a city. These words and actions have no place in Fenway, Boston, or anywhere.”

Massachusetts Governor Charlie Baker called it “shameful.” And during a press conference, Jones stated that John Henry, principal owner of the Red Sox, met with him in person.

New York Yankees pitcher C.C. Sabathia revealed that the only place he’s ever been attacked with racial slurs was in Boston. Sabathia added, “[T]here’s 62 of us. We all know. When you go to Boston, expect it.” (www.si.com, May 5)

In solidarity with Jones, Red Sox pitcher David Price discussed various racist incidents he has endured from fans at Fenway.

On May 3, MLB Commissioner Rob Manfred issued a public statement that read in part: “The racist words and actions directed at Jones at Fenway Park last night are completely unacceptable and will not be tolerated at any of our ballparks.“

Jones returned to Fenway Park on May 3 to a standing ovation. However, moments later, Calvin Hennick, a Boston Globe writer who is white, confronted a racist Red Sox fan publicly attacking an unnamed Kenyan singer performing the national anthem.

When confronted by Hennick about the attack, the fan reportedly said, “Yeah, that’s what I said, and I stand by it.” (bet.com, May 4) The racist fan was eventually banned.

The norm, not the exception

These attacks are not isolated incidents of a few people behaving “badly.” They are indicative of structural and institutionalized racism that permeates Boston sports arenas.

On May 1, 2014, P.K. Subban, a Black National Hockey League player for the Montreal Canadiens, was viciously attacked on Twitter by racist fans of the Boston Bruins. The online attack resulted in the N-word becoming a top trending topic. Columnist Rosie Dimanno stated in response, “If you’re black-skinned, you have to be thick-skinned.” (thestar.com, May 2)

Robert Traynham, a 1950s star player in the Negro Leagues, told Workers World, “When the Negro Leagues were broken up into clubs in the late 1950s, most of the major league teams began shunning Black players. The Red Sox were the last team to integrate. Tom Yawkey, the Red Sox owner at the time, owned a plantation in South Carolina. He did not want Blacks playing on the team and turned down Jackie Robinson, saying that even HE was not good enough!”

When racism is woven into the historic fabric of a city, how can the attack on Adam Jones be an isolated incident? In the early 1970s busing for desegregation in Boston was court-ordered. Buses carrying Black school children were stoned daily by screaming, racist, white mobs. Black families’ homes in predominantly white neighborhoods were set on fire and vandalized. Reports of people of color being beaten and abused while walking after games in the vicinity of Fenway Park were common. A Black man walking across City Hall Plaza in downtown Boston had his nose broken by racist thugs wielding a U.S. flag.

The march of 25,000 in Boston in 1974 to say NO to racism, which WWP was instrumental in organizing, stemmed the tide of this racist onslaught.

Racism is alive and well in Boston — from attacks on Black students at Boston Latin School, the country’s first public school, to the ongoing “stop and frisk” policing of Black and Brown youth, and the increased disenfranchisement of communities of color through gentrification, attacks on public education, and cuts to social programs, etc.

The rise of Trumpism emboldens diabolical racist elements all across the U.S. Banning an individual from Fenway Park will NOT eradicate racism from Fenway Park or anywhere else. Only an united mass struggle will.