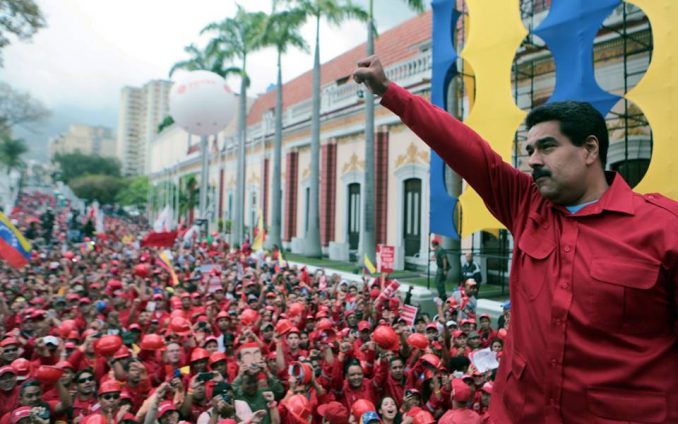 According to a May 3 Reuters article, “An influential group of Republican and Democratic U.S. senators introduced sweeping legislation … to address the crisis in Venezuela, including sanctioning individuals responsible for undermining democracy or involved in corruption.”

That U.S. imperialism works to undermine the Bolivarian government in Caracas is nothing new. Washington even promoted a military coup against Hugo Chávez in 2002. The Venezuelan people smashed the coup and strengthened Venezuela’s revolution.

Earlier and much greater funding for the U.S. efforts at regime change — that is, counterrevolution — have been buried in the budgets of the CIA, AID and other organs of undercover imperialist intervention disguised as promoters of “democracy.” Now, Senate promoters of imperialist intervention like Republicans Marco Rubio and John McCain and Democrats Ben Cardin and Dick Durbin are giving the U.S. covert effort the Senate’s open blessing.

Anyone who thinks the Senate aims to save democracy should think again about its agenda. Soon, the Senate will reach some rotten compromise on the new “Health Care” Act. The millionaire senators will determine how many million U.S. residents too poor to pay medical costs should be kicked into the nearest grave.

Does the Senate really aim to stop governmental corruption? It could start by doing something to stop the Trump family gang from profiting on everything from casinos to golf courses to stays at hotels with the presidential brand.

No, what the Senate is taking aim at is Venezuela’s sovereignty and independence. The Senate hates any attempt by Venezuelan President Nicolás Maduro to better the lives of the poor people of that country at the cost of the oligarchs and imperialism.

For those who want to defend the independence of countries to the south of the United States, it is essential at this time to defend the Bolivarian government of Venezuela from this imperialist attack.

Down with the Senate plan for sanctions!